Gaige Grosskreutz Testifies That He Feared for Kyle Rittenhouse’s Safety

In a line of questioning that would seem to bolster Rittenhouse’s self-defense claims in the Anthony Huber shooting (the second of three), the defense attorney asked of Rittenhouse, “You believe he’s in physical danger because he’s being attacked?” Grosskreutz said yes. He also agreed that he was concerned for Kyle Rittenhouse’s safety before he, himself, was shot.

The defense showed Grosskreutz, who admits he approached Rittenhouse while holding a gun out, and “closing” in toward him, this photo of that moment: 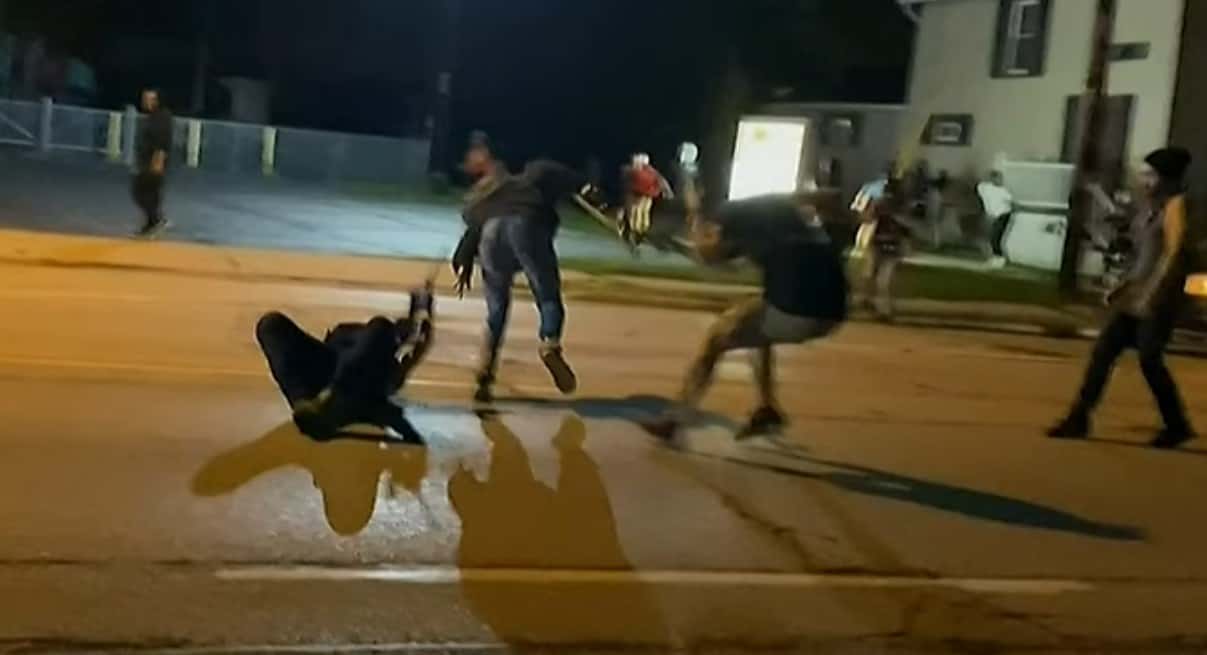 Grosskreutz also admitted that he was carrying a gun, at times stuck into the back of his waist, that night even though his concealed carry permit was expired. It’s illegal to carry a gun concealed in Wisconsin without a permit, but Grosskreutz was never charged with that offense.

The defense repeatedly asked Grosskreutz why, in his initial police interview, he “omitted you ran up on him and had a Glock pistol in hand.” Grosskreutz responded, “Correct.”

Grosskreutz admitted that he ran down the street when he saw Rittenhouse running. He said denied “chasing” Rittenhouse but admitting “closingdistance between the defendant and I” when he was shot. He also admitted he had the gun in his hand at that point and was close to Rittenhouse.

Grosskreutz reaching for his gun:

Grosskreutz claimed he thought Rittenhouse was an “active shooter,” but, under Wisconsin law, what matters is what Rittenhouse believed at the time, not Grosskreutz. Rittenhouse must show he reasonably believed his life or that of another was in danger or they were in danger of great bodily harm.

“I was never trying to kill the defendant. I was trying to preserve my own life,” he insisted. Asked why he didn’t shoot Rittenhouse first, Grosskreutz said that was “not the kind of person I am.” (He does have a prior criminal history, a misdemeanor, for intoxicated use of a firearm and was previously accused of prowling at the West Allis police station. The protest group he’s affiliated with, the People’s Revolution, instigated a violent attack against two police officers at their own home in Wauwatosa, although Grosskreutz wasn’t present for that._

Grosskreutz, a parademic who admitted being affiliated with the People’s Revolution group, said he went to Kenosha to act as a medic. He has participated in George Floyd protests and was an ACLU legal observer that day.