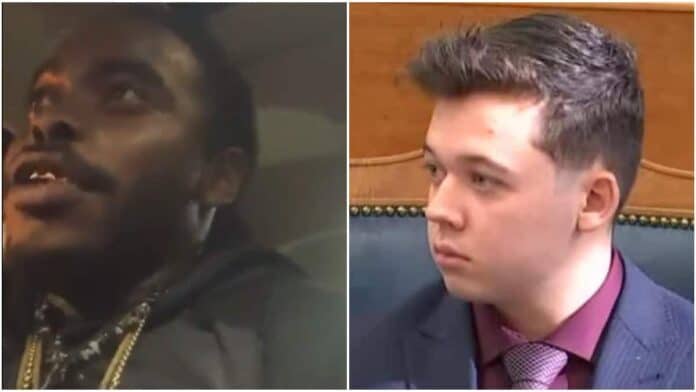 Cortez Rice, who is the nephew of George Floyd per published reports, says on video that jurors in the Kenosha trial of Kyle Rittenhouse are being photographed.

The names of the jurors in the trial were sealed by the judge making it harder for them to be doxxed. However, the public has access to the court proceedings, where the jurors sit in plain view. Only journalistic pool photographers are allowed inside the courtroom. The Rittenhouse trial just concluded week 1; it didn’t go well for the prosecution, which has failed to present evidence that counters his self-defense claims.

There hasn’t been much protest activity outside the courthouse yet, but, of course, Kenosha burned in the violent response to the Jacob Blake police shooting. Riteenhouse, who is charged with homicide and other serious charges, had gone to Kenosha to protect businesses and act as a volunteer medic. There are 18 jurors left in the case after two were dismissed. They were drawn from Kenosha County.

“I ain’t even gonna name the people that I know that’s up in the Kenosha trial,” Rice said in the video, which is going viral on social media. “But it’s cameras in there. It’s definitely cameras up in there. There’s definitely people taking pictures of the jurors and everything like that. We know what’s going on.” Referring to the Daunte Wright case, he said of Rittenhouse: “so we need the same results, man.”

George Floyd’s nephew, Cortez Rice, makes a claim that he knows people taking photos of jurors during the Kyle Rittenhouse trial in Kenosha, Wisconsin. His goal is to dox jurors if they do not convict. pic.twitter.com/uwLuV2ftfV

Cortez Rice says people are taking photos of the jurors at the Kyle Rittenhouse trial.
Rice deleted the stream off his facebook, so DO NOT SHARE IT. 😆
*An archive of the full hour long stream can be found here:#CortezRice#RittenhouseTrial #Rittenhousehttps://t.co/OM4j1RWcwG

He previously recorded himself in the hallway outside an apartment, which people on social media claim was the home of the judge in the Daunte Wright trial. Daunte Wright is the Minnesota man who was shot and killed by a police officer who thought she was using a taser.

“We’re on her heels…we want cameras in the courtroom. People deserve to know what’s going on. We think this is her crib. We have confirmation this is her house… waiting for the gang to get up here,” he said in that video.

They all but canonized his criminal uncle, no wonder his nephew thinks he is above the law. This is why you never idolize criminals. Cortez Rice needs to be behind bars. https://t.co/ayGazrDdfw

Rice has posted about the Rittenhouse trial on Facebook. 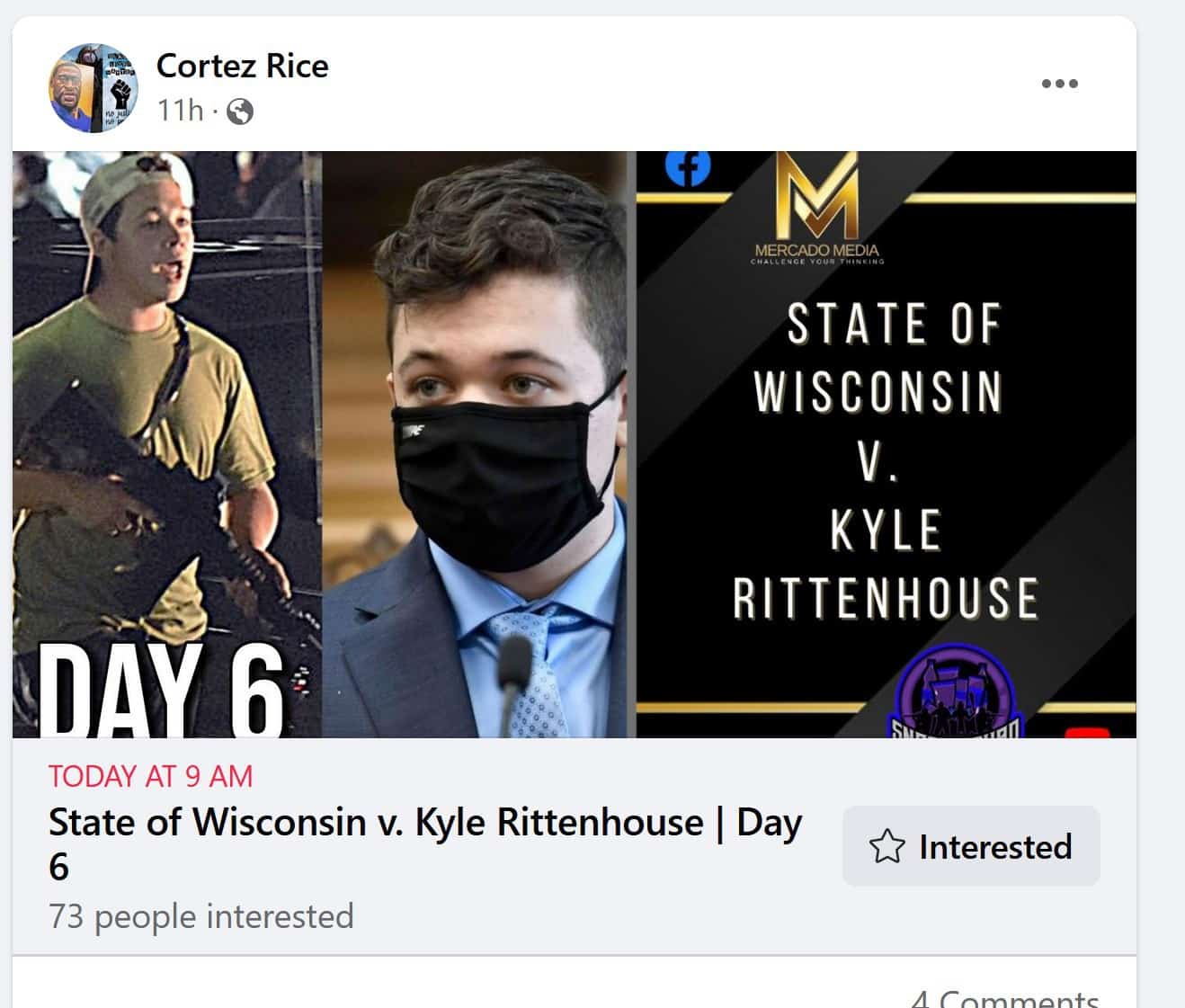