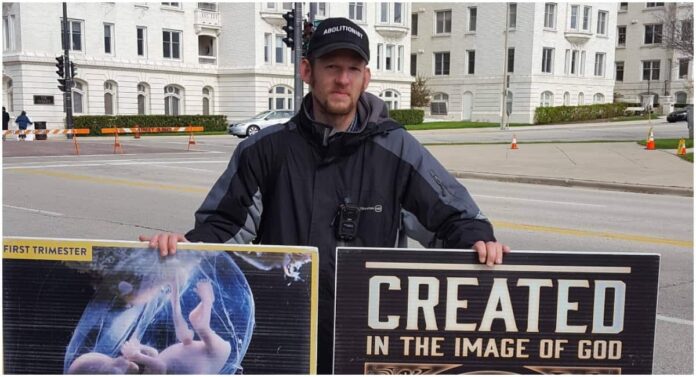 The Milwaukee County District Attorney’s office is refusing to prosecute a violent attack of an anti-abortion protester that was captured on video.

Nicholas Heald, the protester, shared a copy of the DA’s letter on Facebook. We’ve previously launched a series of stories devoted to DA John Chisholm’s no process rate. It’s called the no process files. In contrast to the Heald decision, the DA’s office charged a 64-year-old Mequon woman with disorderly conduct with a hate crime enhancer for spitting on a Shorewood High School student during a Shorewood protest.

Nicholas Heald wrote on Facebook on Nov. 4, 2021, “Letter I just received from the Milwaukee DA’s office regarding the violent assault at the high school. They have concluded that ‘no charges will be issued.’ I’m currently working with an organization to put pressure on them and hold the assailants, and possibly, the school responsible for the attack.I talked to a lady in the office earlier this week and emailed them the bodycam footage. The information, if you wish to call the DA, is below – both the number and the person to speak with.”

The letter says that the Milwaukee County District Attorney’s Office at the Juvenile Justice Center has reviewed the police reports and other evidence in this case “in which you were listed as the victim. Based upon that review, Assistant District Attorney Claire Roegre has concluded that no charges will be issued in this matter.”

In a delinquency case, each element of an offense “must be proven beyond a reasonable doubt. In some cases that proof is simply not available in spite of the best efforts of witnesses, the police and the District Attorney’s Office. In other cases, the Assistant District Attorney may decide that prosecution is not appropriate for other reasons.”

Here is the video. It shows Nicholas Heald being attacked as he preached to students outside Riverside High School in Milwaukee.

In the video, Nicholas Heald was debating abortion with the students before he was attacked. “I kept preaching to the students. Showing them, I wanted them to see I love them. I care about you, I love you,” Heald told FOX6 News previously. “That’s why I am willing to get beat up or socked because I love you enough to give you the truth.”