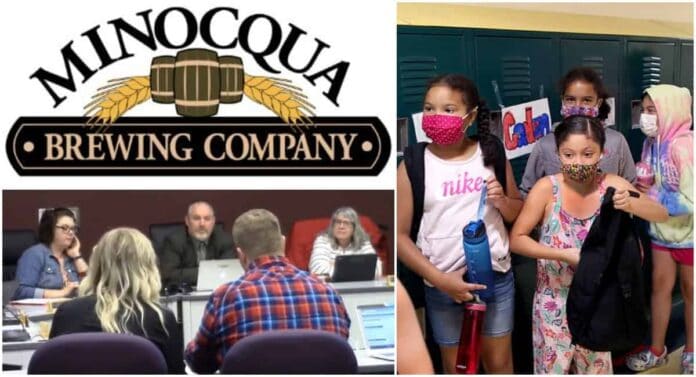 “He is a bully and this is blackmail. This is legalized blackmail,” -Brian Westrate

Not every parent in Fall Creek schools wants their kids to be forced to wear a mask in school. But very few parents are happy that an outside political candidate is trying to use their school to make a point.

Brian Westrate has two kids in Fall Creek Schools, which is just a few miles outside of Eau Claire. He is one of many parents who are upset that progressive candidate and Minocqua Brewing Company owner Kirk Banstad is using a local mom to press a federal lawsuit that would require all kids in the only school building in the district to mask-up.

“There have certainly been a few people who’ve said ‘I wish they were wearing a mask,’” Westrate told The Center Square. “But to date, those people have also disagreed with the lawsuit.”

Bangstad has said that he wants to find a judge who will order all schools in Wisconsin to order all students to mask-up.

Fall Creek mom Gina Kildahl, who is Westrate’s neighbor, filed a federal lawsuit in Madison earlier this week to force the school district to require masks for all students. Fall Creek currently allows students to choose whether to wear a mask.

Kildahl says her son caught the coronavirus in school. While he wears a mask, her lawsuit says other students don’t. Kildahl’s Fall Creek School mask lawsuit is the latest to be paid for by Banstad’s political action committee.

“There are three legitimate ways to deal with it,” Westrate explained. “Open enroll your student somewhere else, move, or run for the school board. But suing to try and use the force of government to conform to your belief is not a legitimate option.”

“Had a movement within our community organically developed. Call them ‘Fall Creek Citizens for Masking.’ And they come up with a nice logo, and start having meetings at the town hall, and six months later they raise enough money to file the lawsuit. Okay. That’s at least a legitimate community discussion,” Westrate explained. “But to have a wealthy guy from across the state, who doesn’t know anything about our community, to sue us, that’s different.”

Westrate said that the Fall Creek School mask lawsuit is being driven by and paid for by someone who is not from Fall Creek, which he said is really frustrating parents in the district.

Westrate says that crosses a line.

“He is a bully and this is blackmail. This is legalized blackmail,” Westrat said. “When someone who has more money files a lawsuit knowing that the person they are suing can’t afford to fight it, and as long as you choose a demand that is cheap enough, you’re basically using the courts to blackmail someone into doing what you want. And that’s what’s going on here.”

The Republican Party of Wisconsin filed a complaint on Sept. 30 against the Minocqua Brewing Company Super PAC with the Federal Elections Commission for a myriad of alleged reporting failures.