The Minocqua Brewing Company is raising money to pay for a class-action lawsuit “against every school board in Wisconsin that isn’t mandating masks for kids too young to get the vaccine” and “not following CDC guidelines.” That’s even though zero children ages 19 and under have died of COVID in Wisconsin – zero.

Kirk Bangstad, owner of the Minocqua Brewing Company and Super PAC and a failed Democratic candidate for state Assembly, announced the move in an incendiary Facebook post on Sept. 26, 2021. He claimed in the post that the effort has already raised $250,000 and found people willing to be plaintiffs.

Kirk Bangstad’s effort comes on the heels of conservative and other parents who are angry about mask mandates and critical race theory taking back School Boards all over the state. It’s a great parent awakening that’s occurring in communities from Tomah to Oconomowoc. As with many of the left’s approaches to ideas they don’t like, Bangstad wants a judge to shut down the concerns of conservative parents, whom he labels anti-intellectual “bottomdwellers” on social media. His page also calls such parents “anti-mask nut jobs intent on running roughshod over school boards and bully their way into mass super spreader events because they were too busy making out in cornfields in the 7th grade to go to biology class.”

Kirk Bangstad started his company in 2016, and now sells what he calls “#ProgressiveBeer” – “Biden Beer” and “Inauguration Day Beer.” He started the Super PAC in January after Oneida County told him to remove a large Biden/Harris sign on his business. He said then that he wanted to target Republicans like U.S. Sen. Ron Johnson. See his PAC’s expenditures on billboards and other media here.

The PAC has reported more than $220,000 in donations. Check out the donors here.

Reaction to his comments was swift. “Shame on you for usurping a school boards decision to handle the situation in a manner they feel is best for their community,” wrote one man on their Facebook page. “They were duly elected by their communities to represent their interest. Your small view of the world doesn’t align. Now they will need to spend money on legal fees to combat this vs putting it into the schools and staffing. Pitiful.”

Another man wrote, “This will fail in court and I wish the private business would stay out of public affairs that the voting people of Wisconsin get to decide. Each school district should set it’s own rules on masks, which should always be optional, never mandated.”

But, simply put, no one is dying in Wisconsin of COVID under age 19. Older teachers and staff members can choose to get the vaccine, of course. 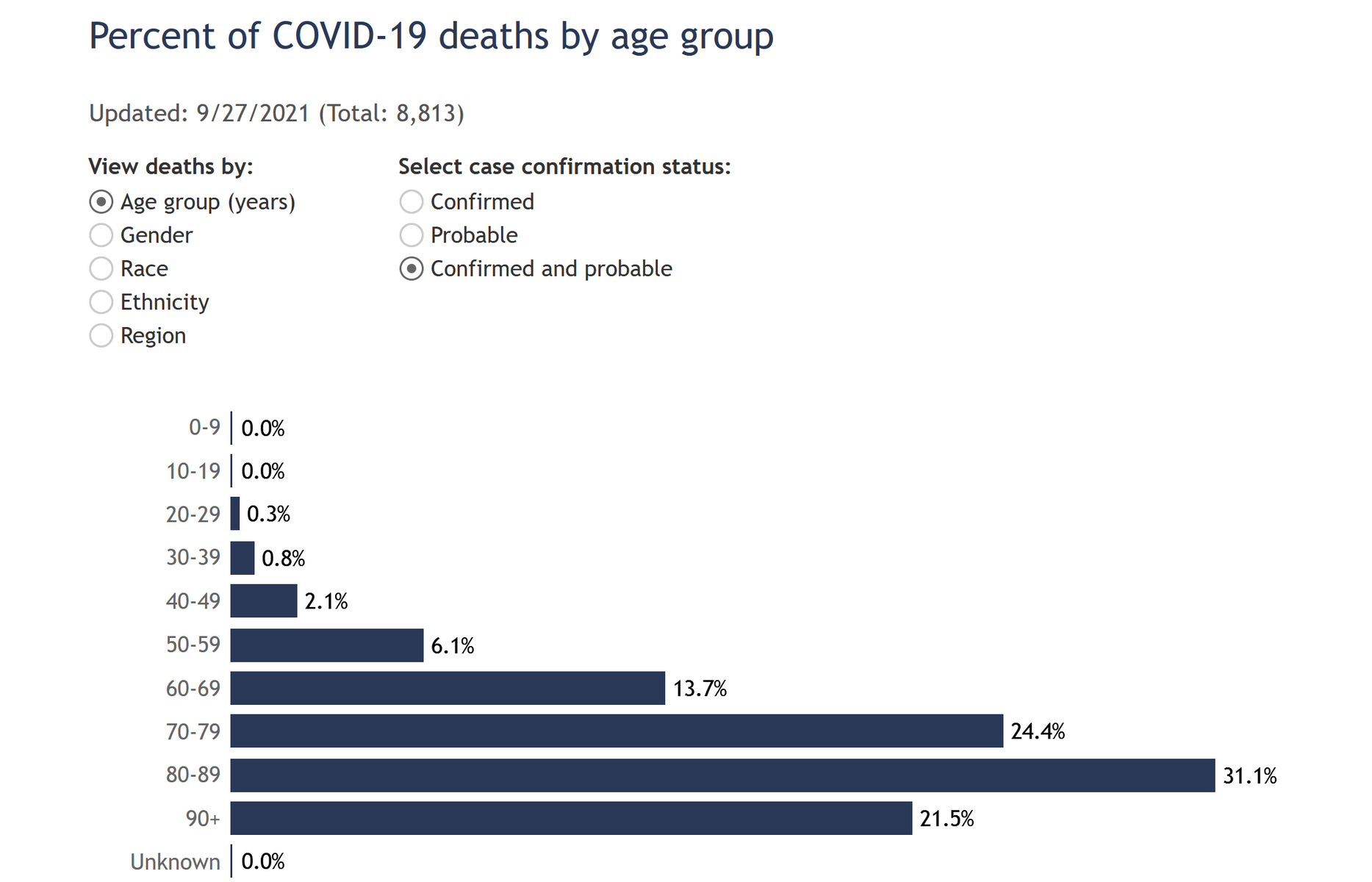 Wrote another, “Another social warrior thinking they know what’s best for everybody…. shocking. How about you keep ‘my kids’ out of your mouth, don’t need your help or want it. That’s why we have local boards that make decisions based on what’s appropriate for that community. We do not need more ‘I know what’s best for you,’ when you have no concept of what’s best for me. Tell you what, why don’t you go back to making beer and French fries for the masses, you seem really good at it.” 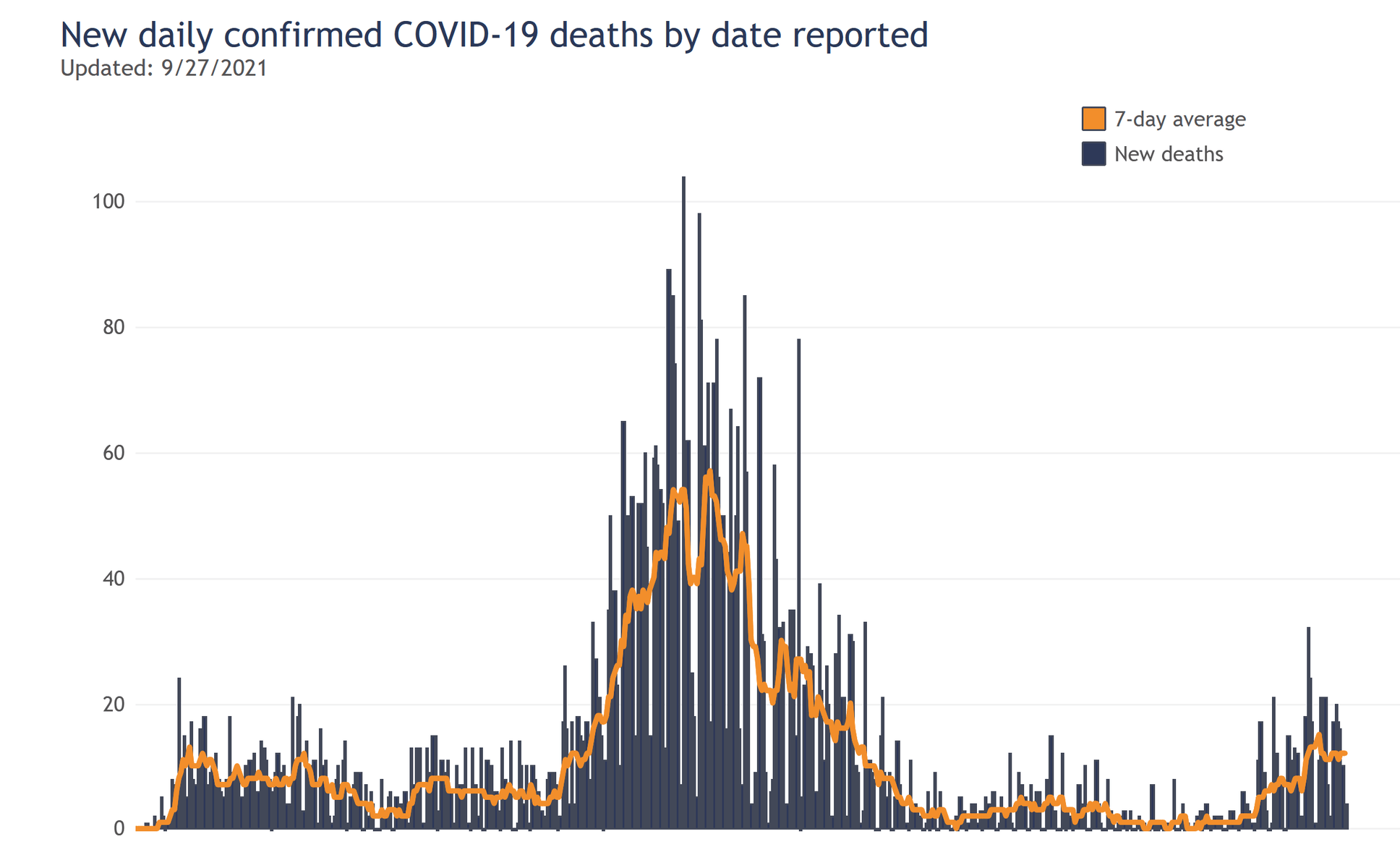 Another commented, “It’s funny I have heard so many on the ‘left’ like you say they are against authoritarianism and claimed Trump was a fascist but are now begging for authoritarian measures and actually suing for it. Quite a bit ironic really.” A woman opined, “Maybe you should focus on making mediocre beer, leave the parenting to the parents. Actually on second thought please continue- waste all that money- never going to happen.”

But other people praised Kirk Bangstad. “Thank you. Takes a Democrat who cares about his fellow humans to step up and at least try to do something to help humanity,” a woman wrote.

Kirk Bangstad explained, “How are we doing this? There are two federal judicial districts in Wisconsin: Eastern and Western. In order to protect all kids, we need to file a lawsuit in both districts—thus two plaintiffs. Our lawyer obviously knows more about this than we do, but here’s the gist of what we plan to do: He’s going to use a ‘public nuisance’ argument to convince judges in both districts to provide injunctive relief against all school boards actively promoting daily super spreader events by not forcing kids in schools to wear masks and socially distance. He says if we get the right judge, he/she could IMMEDIATELY force students to wear masks around the state until the defense has enough time to build a case.”

“Ok folks, we’ve got some news that will affect most every person in Wisconsin, and will hopefully set legal precedent in other states as well to protect kids and their families,” Bangstad wrote in the post.

“The Minocqua Brewing Company Super PAC has begun the process of building a class action lawsuit against every school board in Wisconsin that isn’t mandating masks for kids too young to get the vaccine and not following CDC guidelines for students while in school to protect against the deadly Delta variant.”

He said the company was taking “the lead” because no one else would.

“We noticed that outside of the more sane urban areas of Wisconsin where school districts are still using science to protect children from the very contagious Delta variant, there has been a groundswell of obnoxious and very loud anti-intellectual, anti-mask, and anti-science voices overrunning school boards in the ‘burbs and in more rural areas,” he wrote.

“School superintendents are being fired or quitting for trying to protect kids (Tomahawk, Minocqua). School board members voting to keep masking kids indoors who are too young for the vaccine are being forced into recall elections (Somerset, Oconomowoc, etc), and have even been physically threatened. Keeping teachers safe is an afterthought, and that’s not right.”

His post continues, “A large majority of parents are feeling helpless because they see Covid cases skyrocketing in their school districts, and absolutely nothing being done to prevent it. Last week we put out a Facebook post calling for any parents whose kids have recently gotten Covid in school to reach out to us. We got a ton of responses from angry parents, and have found two plaintiffs ready to take their school boards to court in order to protect kids in the entire state.”

According to the owner, “This means as soon as we file these two lawsuits, we could IMMEDIATELY take strong action to stop kids from getting Covid and protect a lot of kids and their families. We’ve decided to do this regardless of the cost, but these lawsuits will be expensive and we could use your help to fund them. To convince a judge to provide immediate injunctive relief, we are paying expert epidemiologists and infectious disease experts to write reports throughout this weekend showing how these schools boards are engaging in daily super spreader events by not taking steps to mitigate infection.”

He added, “Experts and lawyers aren’t cheap, and we don’t know how long these lawsuits will last, but we do know that for some inexplicable reason, the Republican Party will fight tooth and nail against protecting children and their families, and will have unlimited resources to do so. Our lawyer says these suits could run up to $100K over a six-month period, but we hope we can strike a big blow right away and spend much less.”

The post then provides a link to the Super Pac donation site through Act Blue. “The average contribution so far has been $40, and we’ve raised over $250K, so really, any little bit helps,” he claimed. “If you’re worried about your kid or grandkid getting Covid, and in turn giving it to you, because anti-science nut jobs are playing politics with school safety, consider chipping in for this lawsuit. These lawsuits are the very definition of doing something for the ‘Public Good.’ We have had enough selfish “My Freedom is more important than Public Health” sentiment in this state and country. It’s time for intelligent and reasonable adults to take the wheel and the anti-intellectual ‘I’ve done my own research’ bottom-dwellers to sit down and shut up.”