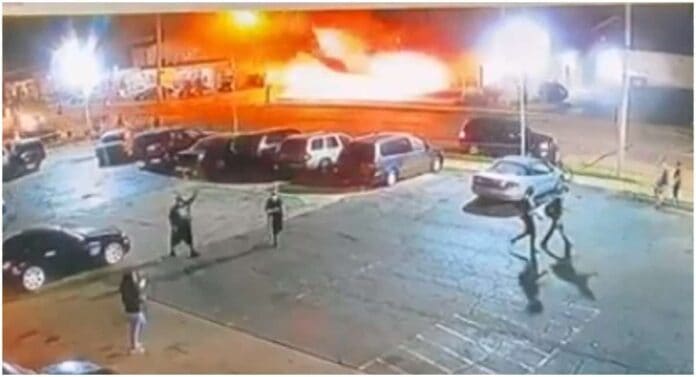 We now have the names of four men accused of arson and vandalism in the Kenosha riots: Devon Vaughn, Allen King, David Garner, and Kevin Martinez.

According to a federal complaint, Allen King, David Garner, and Kevin Martinez “traveled together from Minnesota to Kenosha on August 24, 2020. The complaint alleges that while in Kenosha, King and Garner attempted to set fires at a bar. King, Garner, and Martinez also looted and damaged other establishments in Kenosha, including a pharmacy and a gas station. The complaint further alleges that all three men described their illegal activities on social media, with King and Garner attempting to sell the stolen controlled substances over that same platform.”

In the second case, Devon Vaughn “is charged with arson, in relation to the fire at B&L Office Furniture in Kenosha.” An order for pretrial release for Vaughn set various conditions, such as not using drugs or alcohol excessively. The furniture store sustained $1.5 million – $2 million in damage and was visited by President Donald Trump. According to the Kenosha News, it was a 42-year family business. The store later moved locations after its complete destruction.

WRN captured the fire at B&L Office Furniture on video.

Acting United States Attorney Richard G. Frohling of the Eastern District of Wisconsin announced that on July 7, 2021, that a federal grand jury indicted the four men, in two separate cases, “for various offenses committed during the unrest in Kenosha, Wisconsin, in August 2020.”

The charge against Martinez for illegally possessing ammunition stems from the shooting incident depicted below. 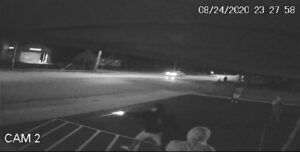 The indictment against Devon Vaughn is sealed. He was arrested on July 8, 2021, in Milwaukee, according to the arrest warrant in the federal file.

The indictment against Allen King, David Garner, and Kevin Martinez alleges that:

Authorities allege that the next day, King used Facebook to try to sell items taken from the Citgo and Garner used Facebook to try to sell a controlled substance stolen from the CVS Pharmacy. King and Garner are also accused of trying to damage by arson fire a building at 3805 22nd Avenue in Kenosha. The indictment says that Martinez was previously convicted of a crime punishable by imprisonment of one year but possessed 9-millimeter brass shell casings recovered by law enforcement at 3805 22nd St.

Each of the arson crimes described above carries a mandatory minimum term of five years’ imprisonment.

“These cases are the direct result of the dedicated, skilled, and collaborative efforts of ATF and its federal, state, and law enforcement partners,” stated Acting U.S. Attorney Frohling. “Along with our partners, the Department of Justice is committed to holding individuals who engage in arson and other violent offenses accountable for their actions.”

“I commend all the law enforcement agencies for their tireless efforts and the United States Attorney’s Office for their diligence in charging these crimes that were committed during the civil unrest in Kenosha last August,” remarked ATF Special Agent in Charge Kristen de Tineo of the Chicago Field Division. “ATF, alongside our partners, will continue to investigate those violent acts, and appeal to the public for their assistance, to ensure those responsible are held accountable.”

“The Kenosha Police Department is grateful for the support and resources provided by our Federal, State and Local partners,” said Kenosha Police Chief Eric Larsen. “We are committed to continuing our joint investigations into the destruction that occurred in the City of Kenosha last August, until every last person responsible is brought to justice.”

Law enforcement is still investigating various other crimes associated with the unrest in Kenosha. Anyone with information about the individuals depicted in the following photos should contact Kimberly Nerheim, Public Affairs Specialist, Bureau of Alcohol, Tobacco, Firearms and Explosives, at (773) 658-6419. There is a potential reward involved: 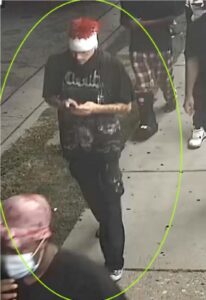 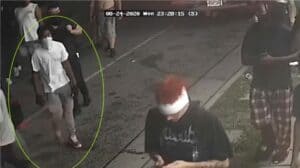