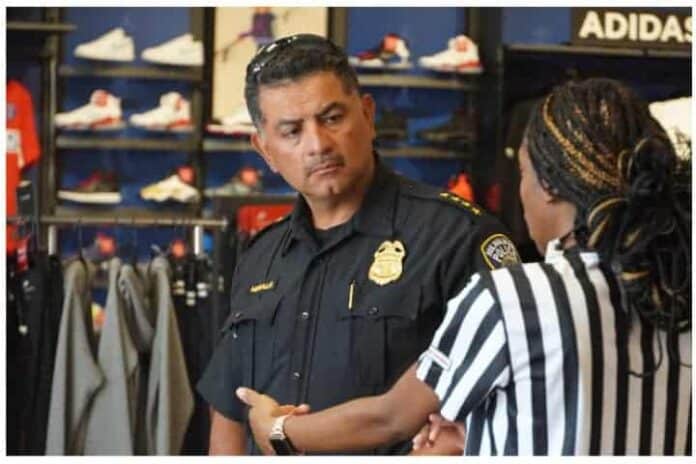 The Milwaukee Fire and Police Commission released a statement on July 9, 2021, confirming that Alfonso Morales “will be reinstated as Chief of Police” on July 12.

A judge ordered Morales’s reinstatement as Milwaukee police chief, but the date was pushed back to July 12 to give the city and chief a chance to reach a financial settlement instead. However, the FPC statement seems to confirm what Morales’s attorney, Frank Gimbel, previously told news reporters this week: That Morales is coming back to the job because negotiations failed.

The chief’s return will cap an extraordinary year in which the FPC demoted him without due process. He then retired and challenged the demotion in court, and a judge agreed, slamming the city, which has failed to come up with redress. Morales is the second Latino chief in the city’s history. He joined the Milwaukee police force in 2003 and is well-respected by the rank-and-file. He is also a hero who shot and killed a murderer who disarmed and shot a deputy in a courtroom.

He returns as chief with violent crime skyrocketing and homicide remaining at historic highs. Crime in Milwaukee is up 42% over last year.

A Carroll University biography on him explained, “Morales was born in Milwaukee—the city he now serves—and is second-generation Mexican-American, being the youngest of 10 kids in his family. His philosophy for the Department is to target the small number of offenders that create the vast majority of crime and to empower commanders to take ownership of their districts or divisions and to instill that sense of ownership in the rank and file.”

Here’s the full statement from the FPC:

The Milwaukee Police Department is managing significant internal and external challenges. The Fire and Police Commission is committed to working with Mr. Morales and the community to address these challenges and increase both safety and justice in Milwaukee.