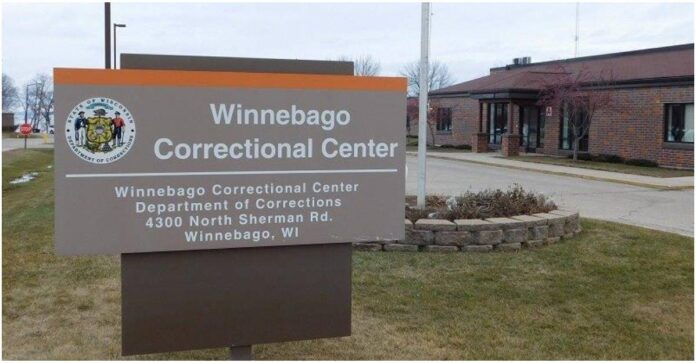 Did you know that thousands of people charged with new crimes while on state supervision don’t go back to prison?

More than 6,000 people on state supervision basically thumbed their noses at the system by committing new crimes recently, but the state of Wisconsin Department of Corrections chose not to send them back to prison.

A Republican state lawmaker, Julian Bradley, is trying to change that, along with some of his colleagues.

The numbers come from a fiscal estimate in a bill currently before the state Senate, and they’re only for one recent year, so the cumulative total over the years is much higher. The new bill would require the Wisconsin DOC to revoke a person’s extended supervision, parole or probation if they are charged with a new crime. Some people might be surprised to learn that doesn’t always happen now, but it doesn’t – a lot.

That’s an issue that Bradley has taken charge of highlighting at a time of rising violent crime. Many in the media seem to focus far more on the police end of the criminal justice system, failing to scrutinize the Wisconsin DOC’s failure to revoke people who seriously violate supervision and the Milwaukee County DA’s refusal to criminally charge almost 6 in 10 of every felony charge requested by police last year. All of it – along with soft sentences by judges – results in more criminals being on the streets to re-offend. Again, and again.

Believe it or not, this is controversial. Remember, these are people who already were convicted of a crime, received a sentence, and then went out and committed another crime while on state supervision for the first offense.

Last month, the bill passed the Senate Judiciary Committee on a 4-3 vote (Alberta Darling, Lena Taylor and Kelda Roys were all nos), and it is now up for full consideration of the Senate.

The bill was introduced in March by Senators Bradley, Jacque, Stroebel and Feyen; it was co-sponsored by Representatives Sanfelippo, Brandtjen, Horlacher, James, Knodl, Kuglitsch, Magnafici, Murphy, Ramthun, Rozar and Wichgers.

In 2018, Wisconsin DOC recommended revocation for 9,961 cases of individuals on extended supervision, parole or probation, and 87% of those were upheld through an administrative review process. The DOC didn’t seek revocation in almost 40% of offenders who committed new crimes while on supervision, the fiscal note says.

“The Department of Corrections, in its fiscal estimate for this bill, has admitted that recommending revocation for criminals committing new crimes on probation increased by 6,280 in the first year of this bill. This is based on information from the Wisconsin Court System Circuit Court Access (CCAP). This means that under their own supervision, previously convicted criminals are today being charged with 6,280 crimes annually, and they’re left on our streets. That’s in addition to the 9,961 times crimes are charged where probation is already recommended for revocation. Adding these numbers up means that offenders on supervision are being charged with more than 16,000 crimes annually – or 1,300 crimes a month – and yet they are out and about in our communities.”

Bradley added: “We must do what we can to ensure previously convicted offenders who have proven they haven’t changed or shown regret for their crimes cannot terrorize our communities. Now is especially the time for us to take a look at how we manage probation. In 2020, the Department of Corrections released at least 1,600 prisoners early due to the coronavirus outbreak. We need to ensure the Department has strict guidelines monitoring those who have broken our laws and were supposed to be in prison serving out their sentences. They shouldn’t be given extra chances to commit new crimes because of the pandemic’s extraordinary circumstances.”

What happens now? That’s up to the Wisconsin DOC.

A 2013 act gave the Wisconsin DOC the authority “to develop a system of short-term sanctions for violations of conditions of parole, probation, extended supervision, and deferred prosecution agreements.” They include placing offenders in a regional detention facility or a county jail for up to 90 days. The short-term sanctions would no longer be an option under the bill.

The DOC estimates the new bill would cost many millions of dollars in Division of Hearings and Appeals review charges, new facilities, increased operations costs, and the like.

In 2018, 87% of the cases recommended for revocation by DOC were revoked by DOA DHA (Department of Administration’s Division of Hearings and Appeals.) That resulted in the offender being sent to prison. In 2016, on average, people on community supervision with a new conviction were revoked to prison for approximately 39 months.

DOC made its fiscal estimate by estimating that 47% of the revocations would be affirmed by the Administrative Law Judge, which would be a dramatic decrease. Thus the department is assuming an additional 1,599 people would be in the state prison system. And eventually a permanent increase of 4,673.

The number of people in DOC’s care has been declining because of the pandemic but exceeds capacity.

The department estimates it would need to construct two new Oshkosh Correctional Institution-sized facilities. The cost of one is $450-550 million. There would be an estimated cost of $170 million in increased operations costs.

The bill adds that a person has not completed his or her sentence for purposes of expungement if the criminal charges are pending against the person or, if the person was on probation, the person violated any rule or condition of the probation or at least one year has not elapsed since being placed on probation.

The Director of State Prosecutors Office wrote that it did not “anticipate a significant fiscal effect on their offices resulting from this proposed bill.”

In addition, under current law, a sentencing court may order a person’s criminal record “expunged of a crime if the court determines that the person will benefit and society will not be harmed and if certain conditions are met. This bill adds to those conditions that the court may not order the record expunged of a crime if the person had previously been convicted of a crime, including a crime for which the record had been expunged.”