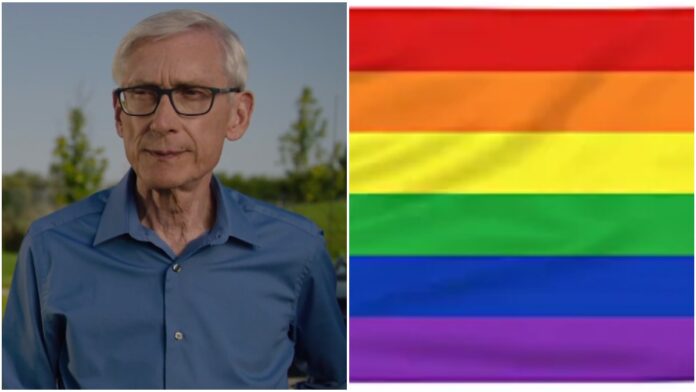 Wisconsin Gov. Tony Evers has ordered the Rainbow Pride Flag to fly over the Wisconsin State Capitol for the third time in state history.

According to the press release, on June 1, 2021, Evers “will host the third annual raising of the Rainbow Pride flag event at the east entrance of the Wisconsin State Capitol in celebration of Pride Month.”

The release noted, “The governor will be joined by members of his administration, local leaders and advocates, and will sign an executive order to raise the Rainbow Pride flag as well as two additional executive orders at the press conference.” The release does not specify those orders or what they entail.

“Members of the public are welcome and encouraged to attend. Attendees must follow all Centers for Disease Control and Prevention and local public health guidance to prevent the spread of COVID-19, including, as appropriate, mask wearing and social distancing,” the release said.

According to Oprah Daily.com, “Each stripe of the rainbow depicts one sector of the LGBTQ community and the queer spectrum. And while there are many, many, many versions of the Pride flag—there’s a bisexual flag, pansexual flag, asexual flag, intersex flag, transgender flag, and gender-fluid flag, to name a few—the most commonly-seen Pride flag features six colors: red, orange, yellow, green, blue, and purple.”