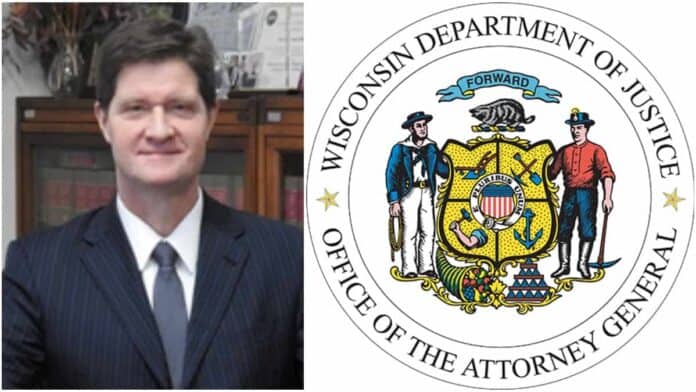 Wisconsin Right Now filed an open records complaint with the state Attorney General’s office against Milwaukee County District Attorney John Chisholm over the DA’s refusal to let the public know the names of people his office is refusing to charge in cases where police sought criminal prosecution.

Paul Ferguson, Assistant Attorney General, Office of Open Government, responded on April 20, 2021, that the DOJ would review and respond to the open records complaint.

Specifically, WRN sought “sign-in” sheets that the district attorney’s office has routinely provided without redaction to the news media for years. Historically, until the pandemic, those clipboards sat openly at the front desk of major units in the DA’s office. They included the name of every person police were bringing over for charges and whether the DA’s office was “no processing” the case or charging it. We asked for two weeks of those sheets in order to scrutinize which cases the DA is refusing to charge. Because the DA’s office says it stopped using the sheets when COVID-19 hit, we asked for the sheets from January 13-27, 2020, for the homicide, violent and general crimes units.

In a letter, Deputy DA Bruce Landgraf admitted that “historically, these physical sheets were made available for review by – if not by the public– by print and broadcast reporters.” However, he then said that his office would redact the names of people not charged from the records anyway before giving them to Wisconsin Right Now. He further said that it would take the Milwaukee County District Attorney’s Office NINETY DAYS to redact two weeks of records for three units, and that the office would charge WRN for those redaction costs.

We think this is a violation of the public’s right to know and a blatant attempt by Chisholm to keep secret which cases his office is refusing to charge despite police agencies thinking the cases warranted prosecution. So we filed the open records complaint with the AG, which is one of the enforcers of open records violations in Wisconsin.

The open records request came on the heels of Wisconsin Right Now’s investigative series that revealed that the Milwaukee County District Attorney’s office refused to prosecute at least 60% of charges referred by police agencies in 2020, including felonies, numbers that are growing. We also reported that, in one case, the office declined to prosecute a former Milwaukee police officer, Ayotunde Bello, who was fired for allegedly sexually assaulting and stealing drugs from a motorist he stopped on duty. That’s despite the fact that St. Francis police referred charges against Bello to the DA. The office has denied two previous open records request we sent seeking additional cases that were not prosecuted.

“We believe the public should have a right to scrutinize which cases the DA is rejecting from local police as the Bello case illustrates,” WRN’s Jessica McBride wrote in the complaint. “Police investigations require enormous expenditure of taxpayer resources. The DA’s office is taxpayer-funded. Both police and prosecutors play a critical role in the community’s safety and well-being. Most of these cases involve victims or accusers seeking justice. The district attorney’s office seems to be bending over backwards to prevent the public and media from being able to scrutinize its decisions. I strongly believe the public should have a right to review and scrutinize which police referrals the DA’s office is rejecting. Without the names, we can not do so.”

Landgraf’s only rationale for the redactions? “…as part of a public records request, our office has never released PII (personal identifying information) of individuals whose cases were not charged.” However, this is false. As Wisconsin Right Now contributor Jessica McBride wrote the Attorney General’s Office in the open records complaint, she routinely was given access to the sheets as a Milwaukee Journal Sentinel reporter, and the office never redacted people’s names on them then. Furthermore, DA Chisholm has publicly released the names before of people the office reviewed for charges but opted not to charge – most recently, Wauwatosa Police Officer Joseph Mensah.

Landgraf’s letter cited no legal authority for redacting the information. Names of people arrested but not charged are routinely released to the news media in Wisconsin police reports. Wisconsin police agencies frequently release the names of suspects they are seeking or people who are under arrest and being referred for charges on their social media accounts and in press releases.

The Milwaukee County Jail inmate database lists, on a daily basis, the names of people arrested by police, some of whom never get charged. Landgraf did cite a law exempting some prosecution records from disclosure, but then said he wasn’t going to follow it and would release the sheets anyway because the office historically has released the sheets. However, he then said he was redacting the sheets, without citing legal reasoning for that part.

The Attorney General’s office previously sided with a Wisconsin student journalist in compelling the City of Milwaukee to released police reports against an uncharged person. Furthermore, the law mandates that the news media be able to access the Milwaukee police blotter of arrested people’s names, some of whom are never charged. Thus, it’s common practice for the media to obtain the names of arrested people, some of whom never end up being criminally charged.

“There is no legal basis for the DA’s office to suddenly change its long-standing historical practice of releasing this information to the news media by redacting the names of the people not charged solely because I am the requester (on behalf of Wisconsin Right Now news site),” McBride wrote.