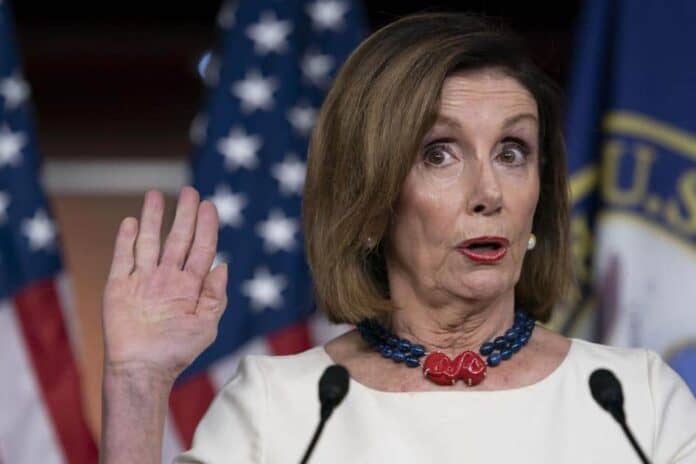 The bill passed, 216-208, without any Republican support.

Democrats in the House of Representatives passed legislation Thursday that would make Washington, D.C. the 51st state in the union, a move that would almost certainly strengthen the Democrats’ Senate majority and bolster their ranks in the House.

The bill passed, 216-208, without any Republican support.

A Rasmussen poll released in March found only 29% of Americans supported D.C. statehood and 55% opposed it. The rest were unsure.

“DC statehood can only happen by constitutional amendment,” said Jenna Ellis, who was a legal adviser to former President Donald Trump and is a constitutional law attorney. “The founders designed the district because federal government needs to have independent control over the seat of government. Read Federalist 43.”

Many constitutional scholars, though, argued D.C. statehood cannot be accomplished through legislation.

“Today’s victory was historic, both for D.C. residents and for the cause of D.C. statehood,” Norton said.

The District of Columbia has a population of roughly 700,000, more than Vermont or Wyoming and just a little less than Alaska. The district already has a nonvoting Democratic representative, Eleanor Holmes Norton. She praised the bill’s passage.

“It is past time to end the historic disenfranchisement of hundreds of thousands of U.S. citizens and make D.C. a state,” Sen. Schumer said when the provision passed the House last year. “As one of my top priorities when it comes to voting rights and democracy reform, I will keep working in the Senate to secure statehood, full voting rights and full home rule, for D.C. in this Congress and beyond.”

Senate Majority Leader Chuck Schumer, D-N.Y., expressed support for D.C. statehood when it was passed during the Trump administration, but that legislation never gained traction. This time around, the bill faces a difficult road ahead in the Senate.

“There are no provisions in the Constitution about a filibuster, so, frankly, I think that filibuster rule ought to be eliminated in the United States so that democracy can prevail,” Hoyer said.

Hoyer, though, also called for an end to the filibuster to get this legislation and their other controversial agenda items to the president’s desk.

The residents of Washington voted more than 90% for both Hillary Clinton in 2016 and President Joe Biden in 2020, leaving little doubt about what party their members of Congress would support.

The statehood legislation provides that “the commonwealth shall be admitted to the Union on an equal footing with the other states.” That means representation in the House and Senate and notably, more weight in Congress likely going to the Democratic Party.

Republicans pointed to this leftward bias as evidence that D.C. statehood is only about expanding Democratic power.

“I voted YES for DC statehood,” Rep. Joaquin Castro, D-Texas, wrote on Twitter. “The Districts 700,000 residents, who pay more taxes than 21 states, deserve full representation and an equal voice. No taxation without representation.”

A contingent within the district has pushed for statehood for years under the motto, “taxation without representation,” a reference to the same slogan that united the American colonies against the British during the American Revolution. That motto dons license plates registered in the district today.