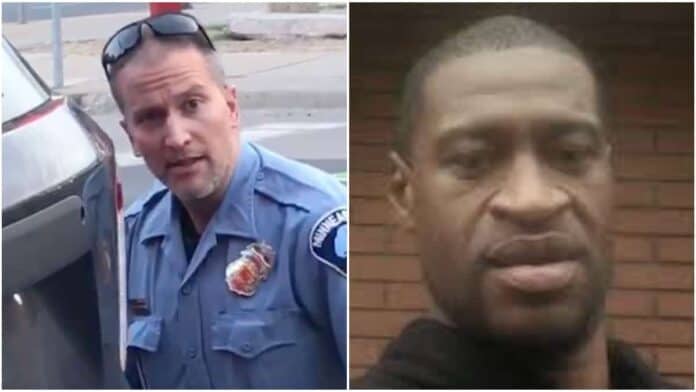 After Floyd’s death, rioters stormed the Twin Cities, burning to the ground the businesses of first-generation immigrants, many who lacked insurance, as well as the Third Police Precinct, causing more than $500 million of damage to nearly 1,500 Twin Cities businesses – the second most expensive riots in the United States after the 1992 Los Angeles civil unrest following the police beating of Rodney King.

Anger from the tragic death in police custody  on May 25, 2020, was fueled by a bystander filming part of the arrest, showing Floyd pinned under Chauvin’s knee for 9 minutes and 45 seconds, while he pleaded “I can’t breathe.” Floyd was declared dead later that day.

The video caused protests worldwide and pushed discussion of police accountability and proper levels of force for minor crimes, as Floyd was arrested for allegedly attempting to spend a fake $20 bill.

But the cost to taxpayers kept climbing as the Minnesota National Guard response to initial riots cost nearly $13 million, who have been deployed more than three times since then.

Chauvin’s attorney argued Floyd’s underlying medical conditions of hypertensive heart disease and fentanyl toxicity caused his death, and that Chauvin’s use of force was appropriate to subdue a 6-foot-4 man intoxicated with illegal substances that can give some superhuman strength.

The prosecutor argued Floyd didn’t exhibit overdose symptoms and instead pointed to the knee pressed on Floyd’s neck as the cause of death. That attorney cited a forensic toxicologist who found fentanyl levels were “well below” that of people who die from an overdose and only a “very low” level of methamphetamine in Floyd’s blood.

In a civil lawsuit, Floyd’s family settled with the city of Minneapolis for a record $27 million last month.

“The experts all agree and the videos show that George Floyd did not die the way someone who dies from a fentanyl overdose dies,” Prosecutor Steve Schleicher said. “His breathing, it didn’t slow down. He didn’t fall asleep. He didn’t go into a coma. No, this looked nothing like a fatal fentanyl overdose.”