President Trump: ‘I will Fight Like No One Has Ever Fought Before’ 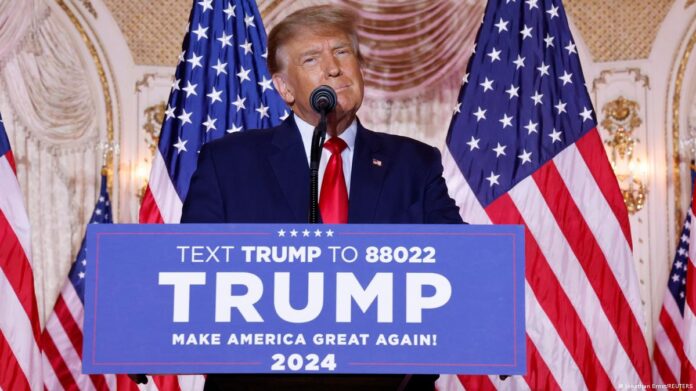 President Donald Trump announced on Tuesday Nov. 15, 2022 that he is running for president again. He added, “I will fight like no one has ever fought before.”

Trump confirmed the talk swirling for weeks: He’s in.

He could face a primary challenge from Republican Gov. Ron DeSantis, although DeSantis has not confirmed that.

In his speech, Trump ticked off Joe Biden’s failures. He focused on fixing the economy and supply chain. He also said there has been a “total breakdown of law and order” under Biden and promised to restore public safety.

“This is our country, our government,” Trump said.

Trump said that inflation “is destroying your family and your life… this campaign will be for you.”

He also said that Biden had destroyed the borders, and he would secure them.

“We will again put America first.”