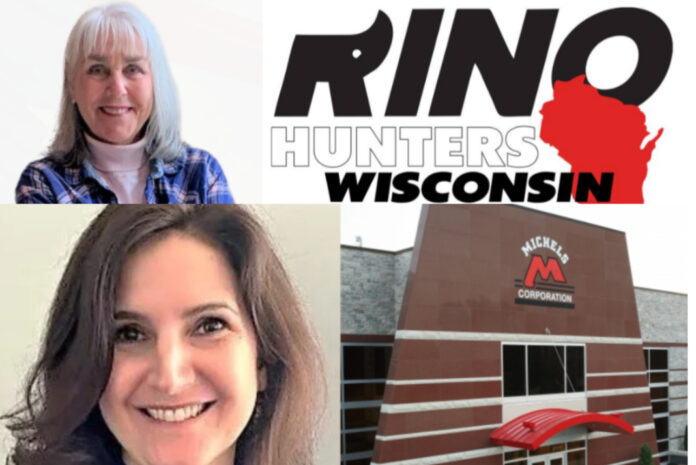 Throughout the Wisconsin midterm election, the Democrats and news media have often operated in lockstep, even furthering lies, especially those pushed by Gov. Tony Evers and AG Josh Kaul.

In an effort to educate voters, here we round up some of the top media and/or Democratic lies going into Tuesday’s Nov. 8 election.

Here are the top lies:

1. That Michels Corp. has no black employees working in management [FALSE!] 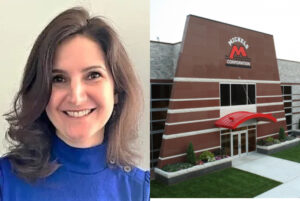 This utterly false whopper was delivered by the Milwaukee Journal Sentinel’s Corri Hess to Tony Evers right before the election, wrapped in a nice little bow.

But it’s not true. The newspaper quietly added a major retraction into the story, admitting that they confused a document relating to a single subsidiary with the entire company. But the damage was done, and they didn’t run the correction as big as the initial false story, which their reporters amplified on social media.

We found black managers at Michels Corp. in a couple of minutes of scouring LinkedIn.

2. That Joan Beglinger is still running for governor [FALSE!] 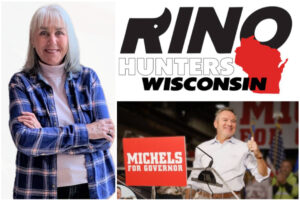 This complete lie is being pushed to conservatives via a $624,000 ad buy concentrated in the last few days of the election.

The ad buy came from a shadow group called Rino Hunters. No one knows who funds Rino Hunters, but its efforts are clearly designed to help Tony Evers.

What the scam is doing is this: They are trying to trick conservatives into thinking Beglinger, the independent candidate on the ballot, is the “true conservative,” is still running, and is bashing Michels. They even made a fake campaign website to further this lie.

Actually, Beglinger dropped out of the race and is supporting Michels. Her name is still on the ballot, but she’s no longer in the race. The dishonest scam has been sent to conservatives via text messages, online ads, robocalls, a Google ad, a fake campaign website, and direct mail.

3. That Tony Evers has nothing to do with parole [FALSE!]

However, for months the media have repeatedly over and over again that, actually, Tony Evers has nothing to do with parole.

This canard has been repeated ad nauseum by a liberal media and the governor desperate to rescue him from the fact his two-time appointee released some of the most heinous killers and rapists in Wisconsin history. And he did nothing to try to stop them. In fact, he hasn’t even condemned them!

In May, Evers proved he can do something about parole when he intervened to stop the parole of killer Douglas Balsewicz, belatedly, after the victim’s family went to his office with television cameras and Wisconsin Right Now in tow. The idea that he has no influence over his own appointees has always been ridiculous.

The real question is, since he intervened in one, why did he not intervene in the others?

On Sunday’s Upfront show on WISN-TV, Evers finally admitted what everyone has known all along – he can do something about paroles, especially when victims aren’t being notified. He then gallingly, without pushback from the host Matt Smith, said victims will get a seat at the table when multiple victims’ families did NOT get a seat at the table during his tenure.

4. That many of the early releases from prison were mandatory [FALSE!]

With straight faces, and absolutely no shame, countless media outlets have lied to voters that earned releases from prison involve no discretion. They have lied that hundreds of the prison releases were mandatory.

This was an attempt to get Evers off the hook on the parole issue by confusing people into thinking state law required inmates to be freed early.

There is a provision in old laws calling mandatory release that does that, but the media never explained that those paroles were filtered out of the sheet.

As for the earned release portion in the sheet: In fact, no state law requires the state to allow inmates into the earned release program. Although judges set eligibility, Evers’ state Department of Corrections determines suitability, and they can use subjective criteria to do it, like department resources and policies.

Evers expanded earned release. His DOC makes a host of discretionary judgments about it. It’s been a complete failure, with 40% reoffending in 2 years. The media ignored these facts.

The media and Evers tried to use this canard to confuse readers into thinking maybe some of the killers and rapists being paroled were mandatory. They were not. None of them had reached mandatory release dates and killers serving life prison terms don’t qualify for mandatory release anyway.

All of the releases involved discretion by Evers’ appointee or his administration.

They also tried to make it sound like Scott Walker was just as bad when, in fact, Evers’ appointee freed more killers and attempted killers in 3.5 years than Walker did in 8, but the media never told the public this information.

Josh Kaul and the left, including some in the media, have repeatedly falsely accused Republican Attorney General Eric Toney of releasing a violent criminal, Ruben Houston.

We debunked this nonsense claim months ago when it came up in the GOP primary, but it predictably resurfaced in anti-Toney ads this fall.

In fact, Toney had no power to release Houston. His assistant opposed a defense attorney’s motion for bail reduction. A court commissioner set bail. The criminal was released to MARATHON COUNTY, which released him. Toney has nothing to do with Marathon County.

6. That Tim Michels Has a Rampant Sexual Harassment Problem

Liberals blanketed the airwaves with false claims that Tim Michels has a rampant sexual harassment problem. CBS 58’s Emilee Fannon got the ball rolling with a story that mirrored the ads. Her story mirrored an anti-Michels push poll.

The truth is that these claims were against Michels’ company, not Michels personally. Michels says they were unproven (some resulted in settlements, which means the allegations never went before a jury). In more than 60 years, there were only a handful, which isn’t a lot for a major company like Michels Corp.

7. That the Republican Candidates Are Election Deniers & a Threat to Democracy

The media and left went into overdriving claiming and implying – falsely – that Republican candidates are election deniers or somehow a threat to Democracy.

Attorney General candidate Eric Toney has clearly stated that he opposes decertifying the 2020 presidential election and doesn’t believe there was widespread fraud.

Ron “Johnson did not vote to decertify the 2020 election results,” even CNN admitted.

None of the Republican candidates – not Toney, not Ron Johnson, and not Tim Michels – has called for decertifying the 2020 presidential election.

Josh Kaul, the Democratic AG, raised questions about the 2016 presidential election. Mandela Barnes called it “rigged.” Yet they don’t get labeled “election deniers” by the media and left.