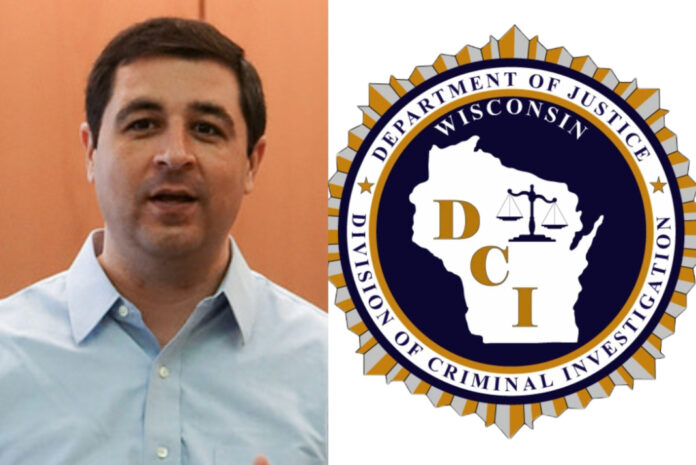 Fifteen retired DCI agents and administrators are slamming Democratic Attorney General Josh Kaul, calling him a “disaster for law enforcement” who has “mismanaged the Office of the Attorney General.”

DCI is the Division of Criminal Investigation, the key law enforcement agency within the state Department of Justice, which Kaul runs. The agents and administrators served in both Democratic and Republican administrators.

The agents and administrators – including former DCI directors – criticized Kaul for plummeting numbers of submissions at the state crime lab; for his ineffectiveness in combating rising crime numbers; for keeping the fact Jacob Blake was armed from the public as Kenosha burned; for a backlog of more than 1,000 child sex predator tips; for plummeting morale and micromanagement; for not properly staffing DCI offices; and for politicizing his office.

Fond du Lac County District Attorney Eric Toney, a Republican, is running against Kaul on Nov. 8. He has run a campaign that is focused on the rule of law and public safety.

To the Citizens of Wisconsin:

The Attorney General is referred to as the state’s “Top Cop.” You would think this would carry with it a responsibility to support public safety and law enforcement agencies across the state, but this could not be further from the truth when it comes to Josh Kaul.

Josh Kaul has been a disaster for law enforcement and has mismanaged the Office of the Attorney General. We come to this conclusion having hundreds of years of law enforcement experience at all levels of government in this state, and all having served in the Wisconsin Department of Justice – Division of Criminal Investigation, including several of us under Josh Kaul. We have also spoken with current members of DOJ and with law enforcement executives all over our state – giving a voice to some of their concerns as well.

We have served under both Republican and Democratic Attorneys General, county, and municipal elected officials. Support for law enforcement should never be political, but the Kaul Administration has made it political like never before.

During Josh Kaul’s term as Attorney General, the homicides in Wisconsin have increased dramatically. In Milwaukee, homicides have doubled since 2019. Milwaukee’s homicide rate per capita is greater than Chicago’s as Milwaukee is on track to break their homicide record for the third year in a row. As this crime tragedy continues to spiral out of control, it spills over to surrounding communities and the rest of the state – stripping the citizens of their sense of security.

Additionally, Josh Kaul’s crime labs are declining to take evidence submissions from law enforcement at a greater rate than ever before. Kaul bragged that his crime labs have lowered the number of DNA cases waiting to be tested. Does his statement or policy make sense when violent crime is at unprecedented levels and law enforcement investigators and prosecutors need the information from the lab to take dangerous predators off the street? More violent crime equals more evidence submissions, not less…unless Kaul’s crime labs decline to receive them. This denies victims of crime a rapid closure and leaves dangerous predators on the street.

Internet Crimes Against Children (ICAC) referrals are also languishing under Kaul with DCI having more than 1,000 leads backed-up recently. Kaul says his team has had eyes on the all the cases, but as professional investigators, we all know that does not mean the case is assigned and being investigated. He only now asks for more resources when the election is at hand. Where was his bully pulpit over the last year when the tips shot through the roof? Not only did Kaul fail to seek funding for additional agents earlier, but his DCI Administrator also recently moved two ICAC agents out of the unit and pushed the ICAC Coordinator managing the leads out of the agency by refusing to be flexible with her time.

ICAC referrals are tips on potentially dangerous child sex predators, and Kaul’s response is to reduce the people assigned to investigate – which shifts more of the burden to already overburdened local law enforcement agencies.

Kaul did not tell the public in a timely manner that Jacob Blake was wanted on a felony sexual assault warrant, that officers fought with him while trying to arrest him on the felony warrant, or that he was armed with a knife during the encounter. Kaul had this information early on, but waited for three days to tell the public. Releasing this information early on may have helped stunt the violence that overtook Kenosha, yet he declined a timely release even though his office was asked to do so by his DCI investigators.

Kaul has also let the DCI office in Eau Claire drop to half staffing of their agents. This is a disregard of public safety in Northern Wisconsin, as it places considerably more burden on agencies that do not have the same investigative resources around them as the Milwaukee or Madison areas.

Morale has also plummeted in DCI due to fear of, and the micromanagement by the current administration, lack of general support from the Attorney General’s office, and the substantial vacancies. Kaul claims they are only down nine agents, when more than two dozen sworn personnel have left under his administration. Despite crime rising, he did not seek to fill vacant positions for more than 2.5 years, until now as Election Day approaches.

Finally, Wisconsin’s DOJ traditionally has had an excellent working relationship with the chiefs and sheriffs of this state. Kaul’s administration has given out less training funds than his predecessors – as they’ve declined to send trainers from DCI to some of the local conferences. This has caused it to reach the point where Kaul and the current DCI administration have lost trust with local law enforcement executives, so much so, that many chiefs and sheriffs have said they don’t know if they will call DCI for help in the future.

It is also why Fond du Lac County District Attorney Eric Toney has overwhelming bipartisan support from the chiefs, sheriffs, and law enforcement labor unions in our state. Josh Kaul has lost the trust and support of law enforcement because of his failures and broken promises. Public safety is on the ballot, and we need Eric Toney as our ‘Top Cop’ and Attorney General.