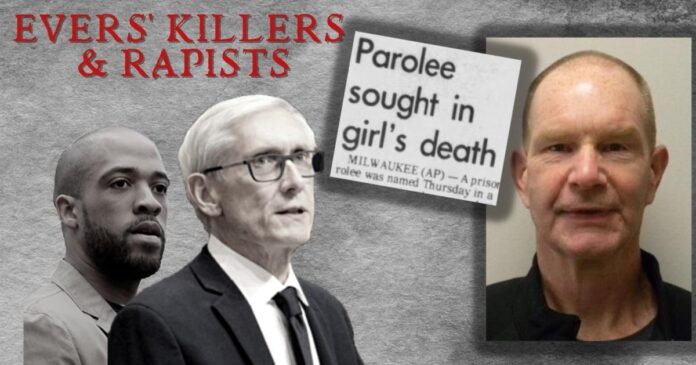 Randy Rotta was one of them. His release was discretionary.

According to a 1981 article in the Wisconsin State Journal, Randy Rotta, then 23, and from Milwaukee, murdered a 17-year-old girl.

The victim was named Cynthia Ann Warden, 17, of Greendale.

Her “nude body was found in a South Side hotel room” in Milwaukee.

She was found with a towel and brassiere “trussed around her neck,” according to old news stories.

Randy Rotta was described as a prison parolee, accused of renting the room with an alias. He was paroled recently from prison, having “been imprisoned for armed robbery and selling cocaine.”

The Associated Press article from 1981 noted that the murder occurred after 13 legislators held a hearing in Waupun to hear from “inmate advocates” who complained that the “Parole Board is being too conservative about granting freedom to convicts.”

The motel room was “littered” with the victim’s “garments and beer bottles,” the AP reported.

The victim had met three young men in a tavern and “accompanied them to the motel for a beer party.”

There was a Move On.org petition that sought Rotta’s release. It listed all of the times he was denied parole previously. He’s 65 and lives in Blue Mounds, Wisconsin.

Rotta was paroled on Dec. 3, 2020. He received a life sentence. Killers serving life sentences do not qualify for mandatory release.