Deconstructing the Wisconsin Media’s Deception: How Voters Were Lied to on Paroles 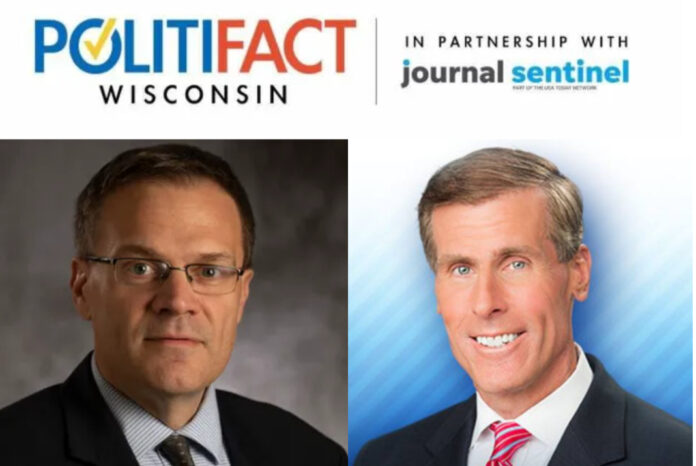 We deconstruct how the Wisconsin media, in partnership with Democrats, created and spread their own narrative to deceive the public about parole.

Gov. Tony Evers and the Wisconsin media have repeatedly deceived the public about parole numbers. They have falsely reported that hundreds of the paroles were mandatory releases.

They are not. The nearly 1,000 releases during Evers’ tenure all involved discretion by Evers’ appointee or administration. Mandatory releases – cases where state law requires that inmates be freed after serving 2/3rds of their sentences – were filtered out by the Parole Commission. Killers serving life sentences do not qualify for mandatory release anyway.

This is how the deception went down:

On Sept. 7, we broke the story that the Parole Commission released, via open records laws, a sheet listing nearly 1,000 parole grants during Evers’ tenure, through late 2021. Each was labeled parole grant and “parole commission action.”

We specifically asked the Parole Commission if any of the parole grants were mandatory releases. They confirmed that none was.

The list included killers, attempted killers, and rapists. We launched a series to profile one each day. We obtained some 2022 parolee names through a lawsuit.

On Sept. 21, the Associated Press and Milwaukee Journal Sentinel reported that only 461 paroles were discretionary, getting the misleading ball rolling. They cited the Evers’ appointee-run Parole Commission as their source for the data.

Basically, Evers and media are constantly reinforcing each other’s false narrative. We’re tempted to call it a journalistic/Democratic circle jerk, but that might be crude. Herd think?

But none of the criminals was required by law to be freed early.

The media behaved as Evers’ messengers of deception, spewing out arrogantly misleading “fact or reality checks.” Story after story repeated the same numbers unquestioningly, comparing them to Scott Walker’s (but never mentioning that Evers’ appointee freed more killers and attempted killers in 3.5 years than Walker did in 8.)

To prove our point, just do a google search of “461 discretionary paroles.”

Here Are The True Facts

Among the worst media offenders when it comes to twisting the narrative: WTMJ’s Charles Benson and the Milwaukee Journal Sentinel’s Greg Borowski.

“PolitiFact Wisconsin says the first thing to keep in mind is that many of the paroles were required by law,” Benson wrote of Tim Michels’ parole claims,

He quoted Borowski, who said, “Once a person reaches a certain point in his or her sentence, as completed sort of requirements, they must be released.”

We wrote Benson and Borowski and challenged them. Benson did not respond. Borowski did not want to talk about Benson’s story.

After we wrote Borowski and Benson, the Benson story was updated: “Editor’s Note: This report has been updated to show Borowski’s comments were made in light of the releases being mandatory.”

Again, the list of nearly 1,000 paroled criminals DID NOT INCLUDE MANDATORY RELEASES! Readers should be told this.

The media have shown other bias. They ignored most murder victims’ families, and, with a few exceptions, are refusing to tell the public about specific killers and rapists who were freed. The media have bent over backward to argue that Evers has nothing to do with paroles, when, in May, they all agreed that Evers intervened to stop a parole (Douglas Balsewicz). Which is it? Why didn’t he intervene to stop these? They never asked.

We’d bore you if we listed all of the articles and reporters who have simply repeated this deception. Here are a few.

An initial Milwaukee Journal Sentinel story by Ashley Luthern, repeated by many other news outlets, explained: “Discretionary parole is the release of people at any time between when they become parole eligible and their mandatory release date.” This misleadingly leads people to believe the other paroles were mandatory releases, but they were not.

Politifact unfairly gave Michels a “pants on fire” for saying “Tony Evers is approaching 1,000 of these that he’s let out early,” referring to “convicted felons.” They pontificated: “Many paroles are required by law — for instance, once a person reaches a certain stage of a sentence and has completed certain programs.”

Evers’ campaign even purchased a Google ad sending people back to the misleading Politifact.

PBS Wisconsin’s Zac Schultz quoted Evers as saying, “What people really do need to know is that a whole bunch of folks are mandatorily released from prison. The Parole Commission has no right to change that. They reach a date and they’re let go.”

Many news organizations contributed to the deceptive echo chamber, including Channel 3000’s Will Kenneally, CBS-58’s Emilee Fannon and the AP’s Scott Bauer.