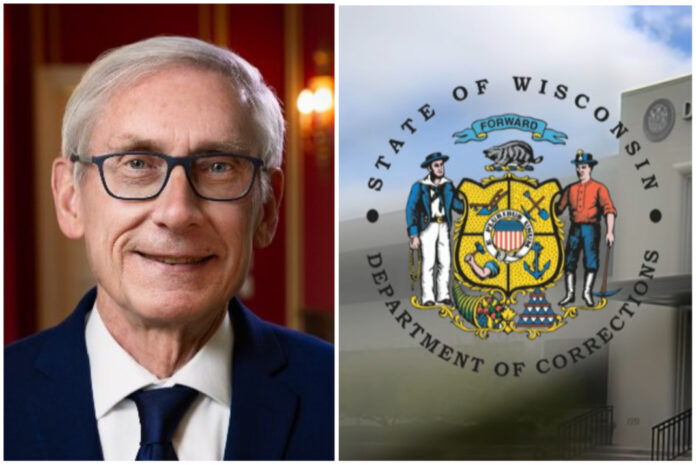 Not only has the Evers’ Administration failed to notify multiple victims’ families about parole hearings throughout Wisconsin, but WRN has now documented that the Wisconsin Parole Commission is violating state law by failing to notify some law enforcement agencies in communities where convicted killers are living.

For example, the West Bend and Waupaca Police Departments told Wisconsin Right Now that they were not notified of paroled killers’ releases into those communities. The Onalaska police chief told the La Crosse Tribune that city wasn’t notified of a strangler/rapist’s release, either.

“Nope, we had no idea, until we saw it in the paper like everyone else,” a West Bend police commander told us after researching the notification issues.

Wisconsin law explicitly states that both the municipal police department and Sheriff’s Department shall be notified of a parolee’s release before the release occurs:

304.06 (1)(g) Before a person is released on parole under this subsection, the parole commission shall so notify the municipal police department and the county sheriff for the area where the person will be residing. The notification requirement under this paragraph does not apply if a municipal department or county sheriff submits to the parole commission a written statement waiving the right to be notified. If applicable, the department shall also comply with s. 304.063.

We documented multiple cases in which law enforcement was not notified of the releases, including a recent high-profile re-offender.

Floyd Marlow of West Bend was paroled this January by Gov. Tony Evers’ appointee after serving just 22 years of a 40-year sentence for a homicide conviction. He is back behind bars in Washington County after allegedly driving erratically on I-45 with a loaded illegal gun this month.

Wisconsin Department of Corrections (DOC) records confirm that Marlow was released into the City of West Bend in Washington County. WRN spoke with Washington County Sheriff Marty Schulteis, who stated that it appears his department was never notified of the release.

“I am not saying that we were not notified but normally we will get extended supervision releases and sex offenders either by fax or regular mail and then we update the name file so we know where they are currently living,” Schulteis said. “Our first contact entry was made on him the day he was arrested so it would appear that we were not.”

We reached out to the West Bend Police Department. They investigated the matter and confirmed to us that they were not notified of Marlow’s release into the city.

They contacted the local Washington County DOC office inquiring why they were not notified. That office told them that, because Marlow was a Milwaukee release, it was the responsibility of the Milwaukee DOC office to make the law enforcement notifications, which was not done.

WRN has further documented these cases in which law enforcement was not notified:

Terrance Shaw was paroled on 9/7/21. “Onalaska Police Chief Charles Ashbeck said the city wasn’t notified about Shaw’s release and wasn’t aware he was living in Onalaska until contacted by the Tribune,” the Tribune story says. Shaw was initially placed in a home functioning as a daycare by DOC, until we wrote a story about it, and he was moved to a hotel. He raped, strangled and stabbed a young mother and med tech after breaking into her home.

Randolph Whiting was paroled on 1/21/2020 and currently resides in Waupaca, Wisconsin, per DOC records. Waupaca Police Chief Brian Hoelzel told us his department had not been notified of the release. The Waupaca County Sheriff’s Department was not notified either. Whiting helped gang rape a Green Bay woman, slit her throat, and left her to die in a manure pit.

Mark Ketterhagen was paroled on 10/15/2019 and currently lives in West Allis, Wisconsin, per DOC records. West Allis Police said they were asked by a parole agent in September of 2019 if Ketterhagen could reside at an apartment in the city. So they were made aware of it through the inquiry, but never received an official notification. Ketterhagen shot a pregnant teen in Burlington and threw her body off a bridge.

Carl Beletsky was paroled on 8/20/2019 and currently lives in Hatley, Wisconsin, in Marathon County. The Marathon County Sheriff’s Department confirmed they were not notified. There is not a Hatley Police Department. Beletsky cut his wife’s head off in Oconomowoc, and he burned it in a stove.

Burlington’s police chief also had no idea that Wilson Brook, the killer of a Burlington police officer, had been freed on parole. However, statutes say notification must be made to agencies where the parolee resides, and it’s not clear where Brook was living before he died a couple years after being freed.