FREED: Daniel Yost Confessed, “I Put it Between Her Eyes And Pulled The Trigger” | Tony Evers’ Killers & Rapists #47 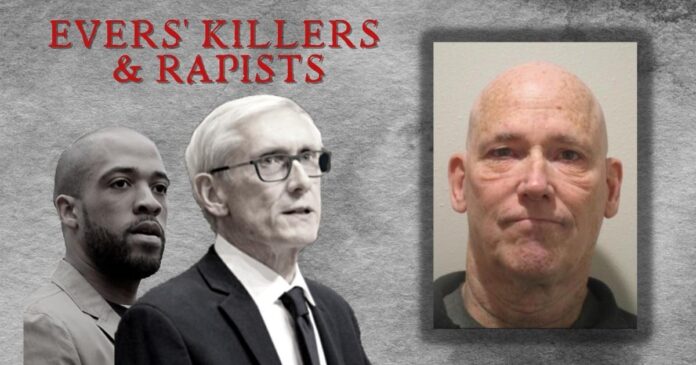 Daniel Yost was one of them. His release was discretionary.

“I put it between her eyes and pulled the trigger; I meant to do it,” the officer testified he heard Dan Yost say.

On May 2, 1990, Daniel Yost was convicted of one count of first-degree intentional homicide and one count of endangering another’s safety, according to Court records.

He received a life term. Killers with life sentences do not qualify for mandatory release. the parole was discretionary.

Daniel Yost was 33 at the time of the crime.

He also held his brother Mark Lee Yost hostage, and he possessed a firearm as a felon, according to old newspaper articles from the time.

At one point during the standoff, Daniel Yost stepped out the front door with a revolver pointed at his brother’s head.

Richard Hill found his daughter “on a sofa with a bullet wound in the forehead.”

He told Yost, “How the hell can she be alive; you shot her between the eyes.”

Daniel Yost said he killed his wife because “she was ragging on me all the time,” according to the Portage Daily Register. He claimed it was an accident. 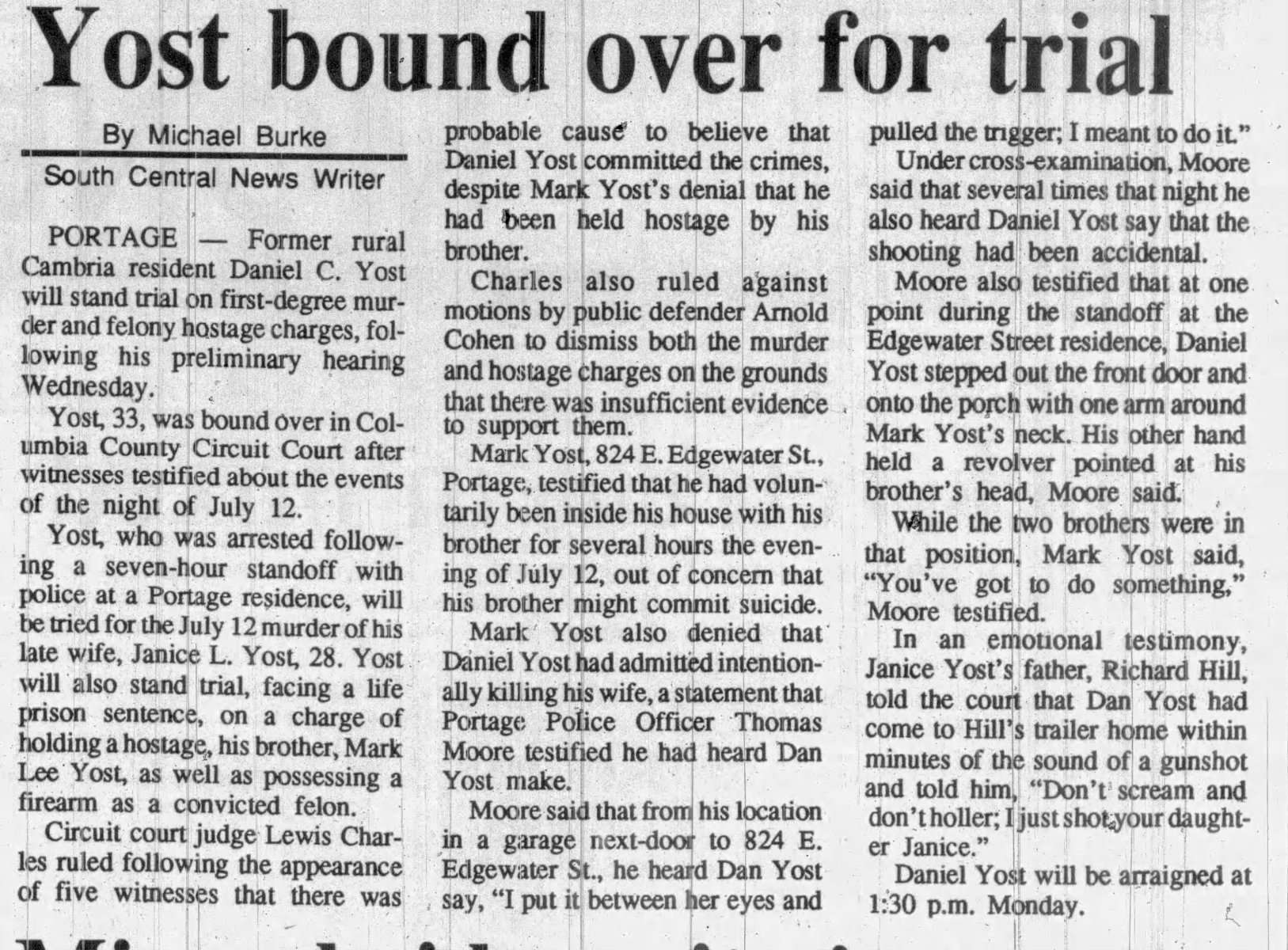