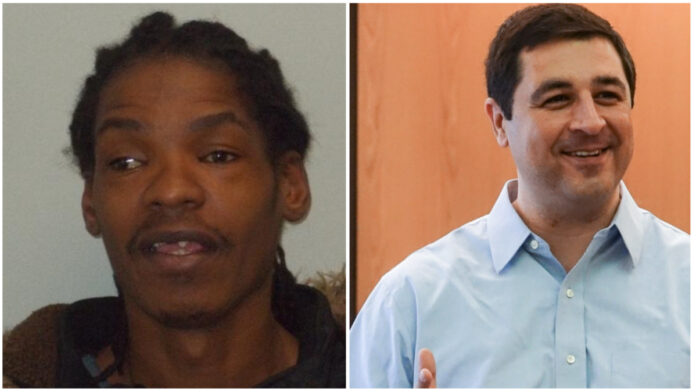 The state Department of Corrections currently lists Hank Elmore as a non-compliant sex offender. Far from prioritizing public safety, Josh Kaul’s office treated Elmore leniently in court. And Elmore has been a disaster.

Democratic Attorney General Josh Kaul’s office successfully sought a signature bond and then probation in the case of a serial sex offender who was one of the very few cases charged as part of the high-profile efforts to clear the rape kit backlog.

Although Kaul’s prosecutor recommended probation and a judge agreed, Hank Elmore has already violated it. He’s currently sitting in the La Crosse County Jail on a probation violation.

Elmore was convicted of third-degree sexual assault as a result of the rape kit test. Assistant Attorney General Noel A. Lawrence, who works for Kaul, is listed as the prosecutor. The court records confirms, “State requests a signature bond.” The judge gave Elmore the signature bond that Kaul’s office wanted in 2020. That means he did not have to post any cash to get back out.

This is despite Elmore’s long criminal history: 4th offense OWI, 4th degree sexual assault as a repeater and false imprisonment, reporting a false emergency to 911, bail jumping, fail to report to the county jail, domestic abuse disorderly conduct. In short, it’s baffling why anyone would think Elmore wouldn’t screw up on a sig bond.

Kaul once touted the case publicly, even though the backlogged rape kit was first tested under Republican Attorney General Brad Schimel in 2018. Kaul has made a big deal out of the rape kit backlog, even though it was almost entirely cleared by Schimel and has resulted in almost no convictions.

Elmore’s is a rare case (one of six) where a belatedly tested rape kit resulted in a conviction under Kaul. Not surprisingly Kaul doesn’t really talk about the case anymore, though. Why? Far from prioritizing public safety, his office treated Elmore leniently in court. And Elmore has been a disaster.

When he was finally convicted in February 2021, the prosecutor joined with the defense to recommend probation. “Joint recommendation for: 4 years probation,” court records say.

Elmore was sentenced to probation with a stayed prison term, but soon, another warrant was issued. At a court hearing, the prosecutor requested yet another warrant and a probation agent revealed they weren’t seeking to revoke Elmore and send him to prison. “Court ordered a 90-day conditional jail sentence,” court records say.

The state Department of Corrections currently lists Elmore as a non-compliant sex offender. His address is listed as unverified.

“After more than ten long years, there has finally been a conviction in this case,” said Attorney General Kaul when he announced Elmore’s conviction. “Through the Wisconsin Sexual Assault Kit Initiative and other critical work, the Wisconsin Department of Justice is continuing to make it a priority to hold offenders accountable, support survivors, and strengthen Wisconsin’s response to sexual assault.”

Kaul was elected by slamming former Republican AG Brad Schimel on the rape kits, saying, “But testing the DNA in one of these can help catch a dangerous criminal.”

However, records show, his office let the serial rapist walk out of the jail without posting any cash.

Overall, 4,471 rape kits were tested by November 2019, almost all in Schimel’s tenure. In September 2018, Schimel announced that “evidence related to 4,154 sexual assault cases have been tested” and only five cases still needed testing. Josh Kaul took office a few months later. Private labs received contracts to do the testing. The crime lab played a role in testing evidence from the private labs, according to the MacIver Institute. By May 2018, 1,884 of the rape kits had been tested.

Schimel was already working on the kit backlog for two years before Josh Kaul took office (rape kits were untested under previous AGs, including JB Van Hollen, Jim Doyle and Kaul’s mother, Lautenschlager; Schimel eliminated the backlog during his tenure yet he was still hit hard by Kaul, the media, and the Democrat Party as they turned it into a campaign issue.) The untested kits dated back to the 1980s. A DOJ report from 2018 found that clearing the untested rape kit backlog delayed testing in 350 other cases. Yet Schimel was pressured relentlessly by Kaul and the media to prioritize testing the old kits, even though they ultimately resulted in almost no findings of criminal guilt.

As the La Crosse Tribune noted, the kits were untested for years because, in some cases, “suspects were already identified, prosecutors felt cases were too weak to continue or victims wouldn’t cooperate.”