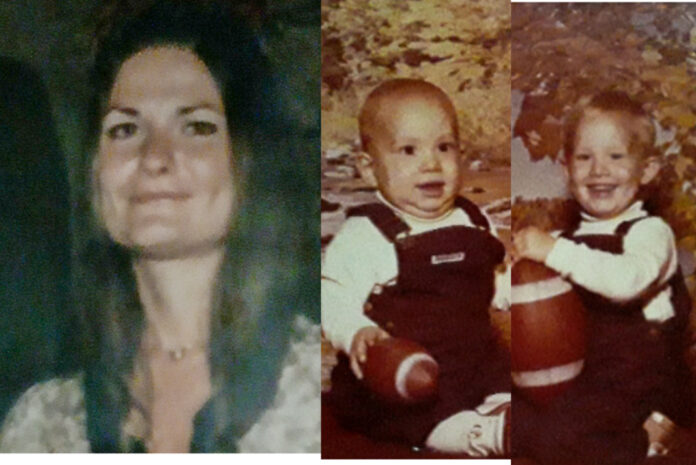 Tim Erickson, the son of La Crosse County murder victim Susan Erickson, is questioning why no one has been held accountable – including John Tate, Tony Evers, and the Department of Corrections, for the parole of his mother’s killer and the botched victim notification process.

Erickson criticized the City of Madison’s decision this week to hire Tate to monitor the police department. He said Tate won’t even return his calls. “It’s ironic how he won’t answer my phone calls to tell me what he did, but now his new job is making sure everyone else is held accountable,” Erickson said. “I want everyone to own their mistakes.”

Erickson questioned why Evers and other officials are not saying “the buck stops here.” He criticized Evers’ comments this week before the Milwaukee Press Club shirking any responsibility for paroles and victim notifications, saying, “I don’t make those decisions.”

Evers appointed and reappointed Tate to the Parole Commission; other than the rescinded release last spring of killer Douglas Balsewicz, Evers has not condemned the paroles. He is in charge of the state Department of Corrections, which is responsible for notifying victims of parole hearings. Erickson was among multiple victim family members who did not know the killers of their loved ones were up for parole.

“I don’t want to put it all on Evers, but at some level you’re accountable for everyone under you,” Erickson said. “You can’t say you run everything, you can’t be the most important person, and then deny all responsibility for things that happen under you. At some point, someone’s got to own some responsibilities.”

Simply put, Tim wants officials to take ownership so this won’t happen to other victims’ families. He has stressed repeatedly that this is not a political issue to him; he voted for Evers in the last election. He called Wisconsin Right Now Tuesday after learning about Tate’s new job, which is paying him $125,000 a year, saying he did not believe Tate should be in the position of holding others accountable when he hasn’t taken accountability himself.

Erickson said he called Tate, a Racine alderman, to get answers, but Tate did not return his calls. After our stories on the case, he said two parole agents traveled to his house and knocked on his door in the middle of the day out of the blue to offer apologies, but he didn’t appreciate the lack of warning that they were showing up. It caused him more trauma and he asked the system not to do that again.

He has spoken with Elizabeth Lucas, the head of the DOC’s victim services office. That agency, which is under Evers’ direct control, is responsible for notifying victims of parole hearings. The Parole Commission, run by an Evers’ appointee, is responsible for telling victims about parole grants. Evers asked Tate to resign in the wake of the Balsewicz case last spring; Tate did so, but he’s resurfaced as the police monitor.

In addition, we discovered through an open records request that multiple killers and rapists were being freed around the same time Evers was speaking out on Balsewicz. He remained silent on the others. Although Evers now claims he can do nothing about paroles, he proved in the Balsewicz case that he has a powerful bully pulpit and could do something about a parole.

Tim and his brother Andrew, their mother’s closest next of kin, did not know that killer Terrance Shaw had been released in a discretionary parole until Wisconsin Right Now called them. It has caused them significant trauma.

The murder was horrific. Shaw broke into Susan Erickson’s house in Onalaska and raped, stabbed and strangled her to death. She was a stranger to him. He was arrested a year later prowling outside another med tech’s home with meat hooks. He was released in a discretionary parole by Tate and placed in a home functioning as an unlicensed daycare. When we exposed that placement, Corrections moved him to a local hotel.

Tim doesn’t believe Shaw should have been released. “I hate the idea of just letting them (criminals) out because they’ve been there for a while,” he said.