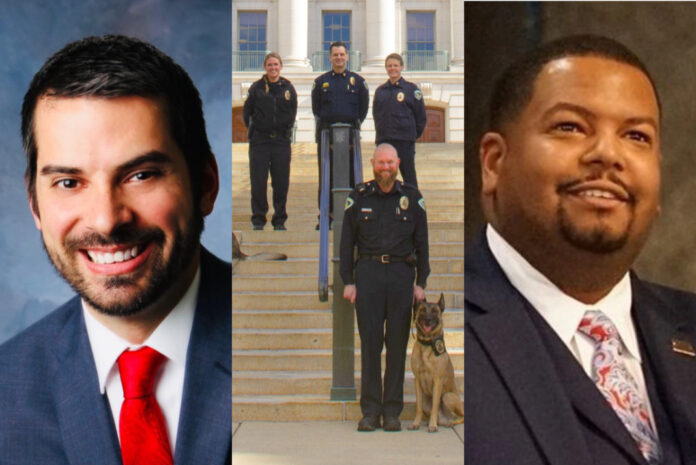 Tate, a Racine alderman, spent the last three years freeing some of the state’s most heinous murderers and rapists in discretionary paroles, in some cases without victims’ families knowing.

“Their decision to prioritize putting heinous criminals back on our streets has stolen justice from grieving families,” added Toney, who is the Republican candidate for state Attorney General, the Fond du Lac County District Attorney, and a leading advocate for victims.

“It is appalling to see Tate placed into a police oversight role. By releasing horrific murderers, Tate failed at the most basic level of determining the legally required factors for parole – including the ‘interest of justice’ and the ‘seriousness of an offense’. I call on the City of Madison to immediately rescind John Tate’s appointment.”

We asked Republican Gov. candidate Tim Michels for comment, but his campaign spokesman Anna Kelly said they declined to comment.

Toney’s remarks come after the City of Madison announced Tate’s appointment just four months after Gov. Tony Evers asked Tate to resign after controversy over his parole grant for a convicted wife killer, Douglas Balsewicz. Tate then resigned. He testified in August at Balsewicz’s appeal hearing that Evers and his staff wanted him out because they were worried Republican legislators were going to “re-litigate” parole cases in public – in other words, let voters know they occurred. Multiple victims’ families have said they did not know about parole hearings for the killers of their loved ones.

Toney noted that the killers released by Tate include:

“We believe that Mr. Tate’s ability to stand firm in support of difficult decisions and his proven ability to collaboratively solve problems by engaging with and centering the voices of diverse community members will make him a tremendous asset to our community. We are honored to welcome him to serve as our inaugural Independent Monitor and look forward to working with him to strengthen relationships between law enforcement and members of the Greater Madison community,” Burnette said.

However, Tate did not “stand firm” in the Balsewicz case. He reversed himself under pressure because the murder victim’s daughter did not have a chance to speak out at the parole hearing. Multiple victims’ families believe he did not give them a voice in the process. Tate has spoken out for police reform as a Racine city council member, once hanging “both an American flag and Black Lives Matter flag behind him for the virtual meeting.”

Tate helped found a group called “Our Wisconsin Revolution” that is openly opposed to truth-in-sentencing laws and other legislation to keep criminals behind bars longer.