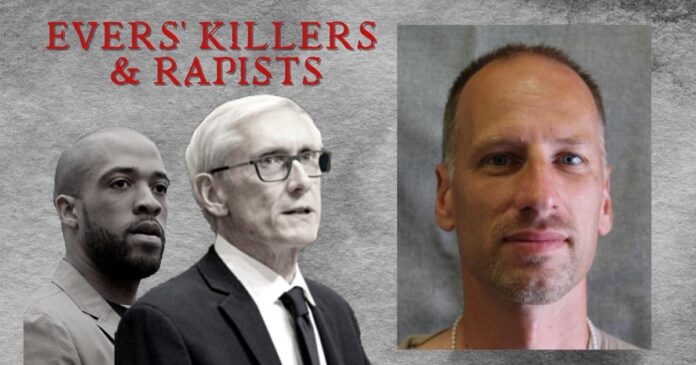 Clayton Willi was one of them. His release was discretionary.

The “bludgeoned body” of Jo Ellen Stuhr, 25, was found next to a farm outbuilding that she and her husband rented near Beloit, according to old newspaper articles from the time.

The articles say that Willi confessed that he and Stuhr argued so he grabbed a hammer and “struck her repeatedly.”

Willi, then 18, attacked her outside the backdoor of the house in the Town of Turtle, an old Associated Press article says.

“The body was dragged across the farm yard in an attempt to conceal it behind a shed,” police told AP.

The victim’s 3 year old  daughter was at the home when Stuhr was murdered.

The corner told the Fond du Lac Reporter in 1992 that she died of a “combination of multiple head injuries and gunshot wounds.”

Sentence: Life sentence. Killers serving life sentences do not qualify for mandatory release. This was a discretionary parole.

Stuhr and her husband had befriended the troubled teen and let him stay at their home.

Willi, a high school drop out, was already facing a misdemeanor theft charge at the time of the homicide. 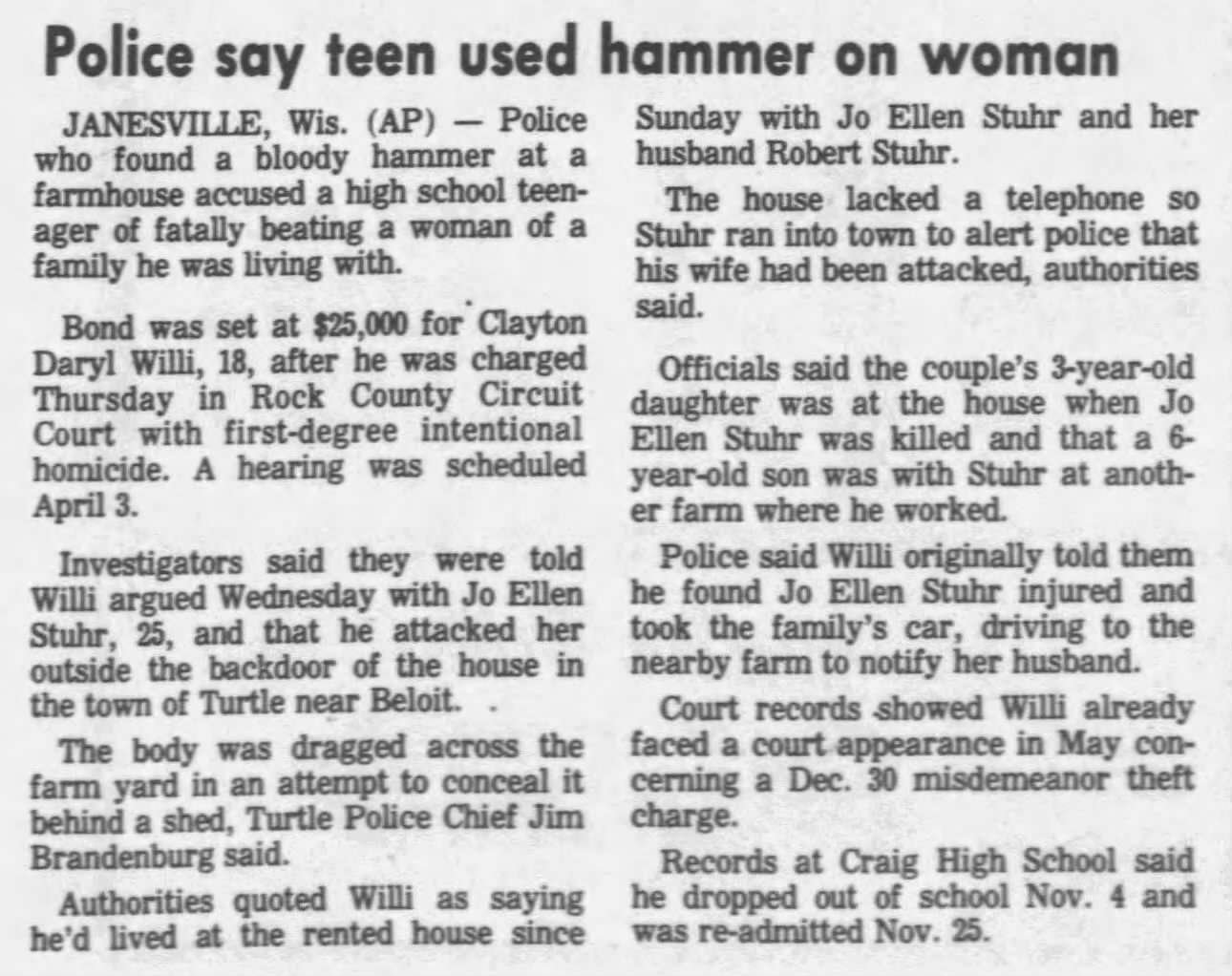