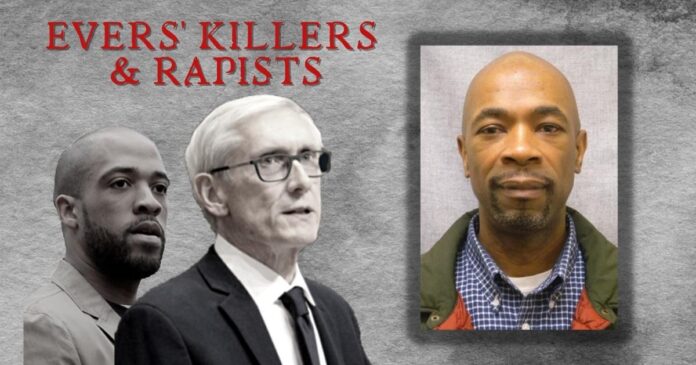 Frederick Herrington was one of them. His release was discretionary.

Frederick Herrington murdered his 2-year-old foster son, Miles Turner, in Racine in 1997 because the boy had soiled his pants.

The medical examiner determined Miles died of “multiple blunt trauma injuries to the entire body” including four separate blows to the head. They were described as using “high velocity force.”

According to an old article in the Racine Journal Times, the child was “found unconscious at the bottom of some stairs.” Police said that Herrington beat the child because of the pants soiling.

“Your degree of culpability is absolute,” the judge said. “Anyone who beats a 2 or 2 ½ year old child for having an accident, it’s unspeakable.”

The boy’s problems with soiling his pants were likely because he he was traumatized from being removed from another foster home he was in since he was an infant. He was removed from that due to unfounded allegations of corporal punishment, the Journal Times article said.

The prosecutor, Elizabeth Blackwood, said, “Miles was not hit just once, twice or three times, he was beaten all over his body. To make matters worse, the defendant left this child and went off and shopped.”

In 2019, Gov. Tony Evers named a new Parole Commission chairman, John Tate. Tate promptly began releasing some of the most brutal killers in state history, including Howard. Eves reappointed Tate after Frederick Herrington’s release, saying he was pleased to do so.

Sentence: 40 years. His mandatory release date was not until 06/14/2023. The parole was discretionary. 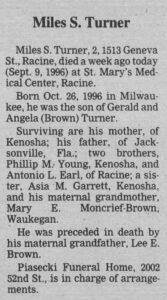 What the Killer Did

Frederick Herrington was 26 years old at the time of the crime.

When police arrived they found Herrington “was casual and calm preparing dinner.”

The mother of the boy told Herrington, “You should have no rights to freedom. You should not walk the streets at all.”

“When a young passes away under these circumstances, it’s an incredible tragedy,” Racine County Circuit Judge Emmanuel Vuvunas said at the time, according to an old article in the Racine Journal-Times. 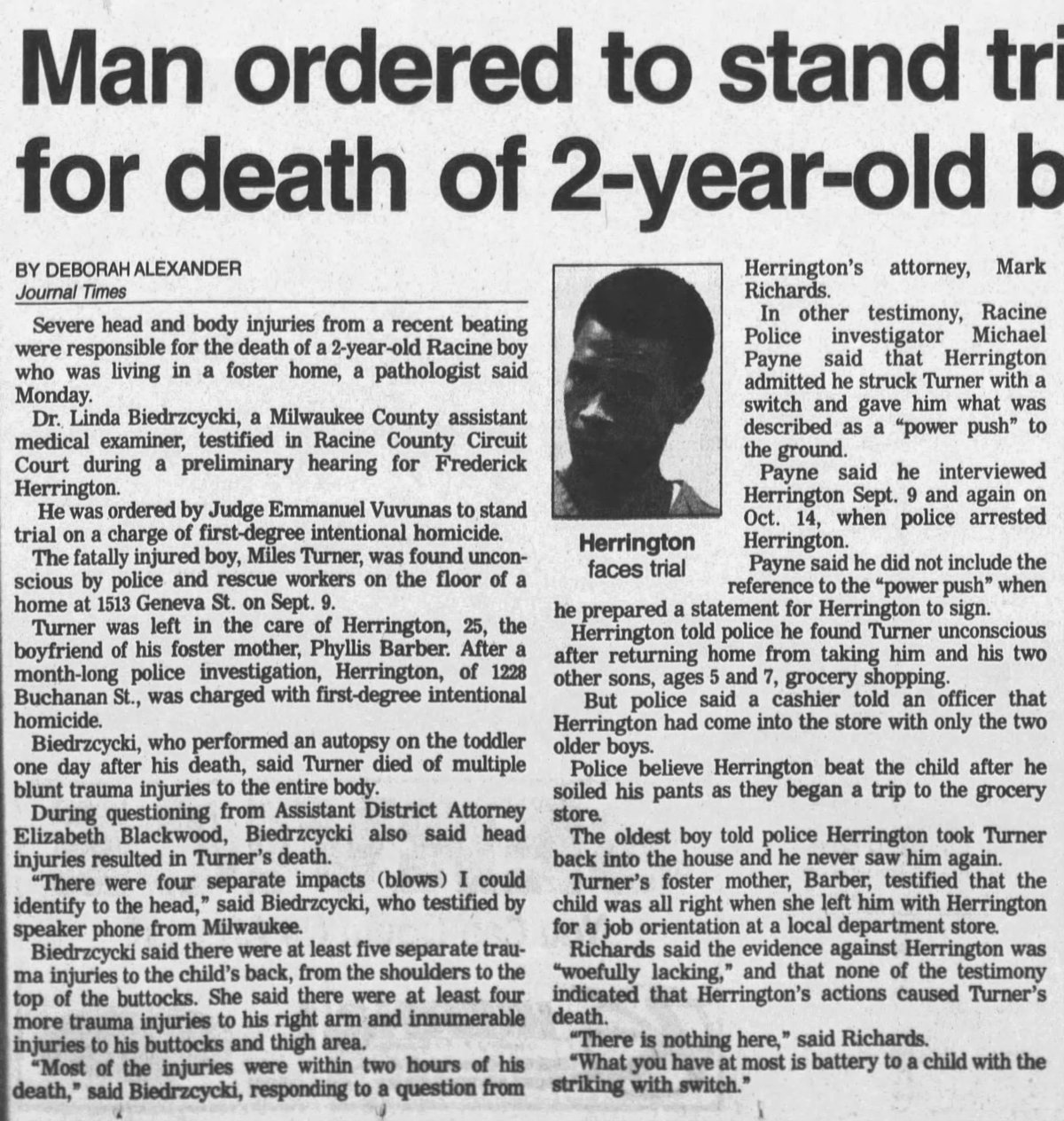