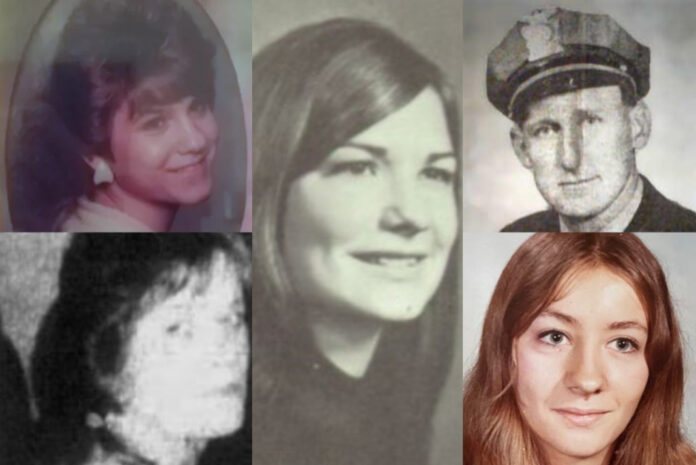 Gov. Tony Evers’ two-time appointee to chair the Wisconsin Parole Commission is defending the discretionary paroles of some of the most brutal killers and rapists in Wisconsin history – including men who strangled and cut the throats of women and who murdered children – because he says they aren’t risks to public safety.

One of the paroles was of Carl Beletsky, who cut his wife Kathleen’s head off in Oconomowoc and put it in a wood-burning stove. Another was of the killer of 17-month-old Drake London, brutally beaten in Kenosha.

Meanwhile, the governor has remained silent on the specific cases.

In the interview, Tate clinically defended the paroles of murderers, whose victims’ families are still suffering deeply from the crimes and releases and who, in multiple cases, say they weren’t even notified.

“Parole is entirely a data-driven process,” John Tate told the Racine Journal Times. We use specific metrics and factors to determine if someone is a reasonable risk to return to their community.”

But parole isn’t just a data-driven process.  It affects real people. The victims – Kathleen Beletsky, Susan Erickson, Margaret Erickson, Laquann Moore, Gene Opalewski, Drake London and many more – matter in the process too. Their families, who are still picking up the pieces from the deaths years later, matter. Yet they didn’t get a mention in Tate’s interview.

Tate, who resigned after criticism last spring about his now-rescinded release of a convicted wife killer, made the comments in the Journal Times in a Sept. 23, 2022, story by Adam Rogan. As with other media, Rogan failed to tell readers any of the specific killers Tate released early, including a cop killer, a man who threw a pregnant teen off a bridge, a man who broke into the home of a nurse and strangled and raped her, and more.

Tate wrote off people who are concerned about the releases of the killers and other parolees as merely “politicians seeking political gains.”

The Journal-Times story continued the canard that “the governor has no direct role in the Parole Commission.” The governor’s role is that he appointed the chair twice, and he had the power to withdraw his nomination at any time. He instead reappointed Tate in 2021, after many of the killers and rapists were released, saying he was pleased to do so. Evers proved last May in the wife killer’s case that he has MORAL authority and can use his bully pulpit to do something about the Parole Commission and paroles.

John Tate II is president of the Racine City Council. Evers first appointed Tate to chair the Parole Commission in 2019. The chair had sole authority over parole grants. Tate quit under pressure from Evers and the victim’s family in the Douglas Balsewicz case last spring.

Tate claimed that older convicts pose “virtually no added risk to public safety.” Perhaps he’s talking about Terrance Shaw, who is 73, and now living in Onalaska, after being paroled. “The data tells us, at a certain age, people will naturally or inherently begin to reduce their risk for criminality…” he told the Journal Times.

In fact, Wisconsin Right Now documented, the average age of the released killers and attempted killers during Tony Evers’ tenure is 54, and they range in age from 39 to 79.

What did Shaw do? Shaw glimpsed his victim, a young mother and nurse, through a picture window. She was simply painting her living room wall. He broke in and raped, strangled and stabbed her so brutally that he left behind a severed piece of his own thumb.

Today, Shaw’s neighbor says he lives in a home in Onalaska with a juvenile and that functions as an unregistered daycare, a placement approved by Evers’ Corrections Department. She says she sees him walking around, and he’s not as frail as officials are trying to make it sound.

Shaw was caught prowling at the home of another med tech, with meat hooks in his car, a year after the 1982 homicide, which occurred in Onalaska, about 2.6 miles from where he is living. The victim’s two sons did not know he had been paroled. Neither did the Onalaska police chief.

That’s just one of many cases.

If age is so pivotal, would Dahmer have been released if he had lived to 73? Spanbauer? Take your pick of heinous criminals. Halloween killer Gerald Turner is old now, but no one wants him out at any age.
Tate told the Journal Times that it’s an “ideology” to be concerned that the releases of brutal killers and rapists imperil public safety, a link that he rejects.
Share
Facebook
Twitter
Pinterest
WhatsApp
Previous articlePaul Gazelka raised more than any other Republican State Senate candidate or officeholder in Minnesota
Next articleFREED: Eric Nelson ‘Assassinated’ Beloved Kenosha Foster Dad | Tony Evers’ Killers & Rapists #20