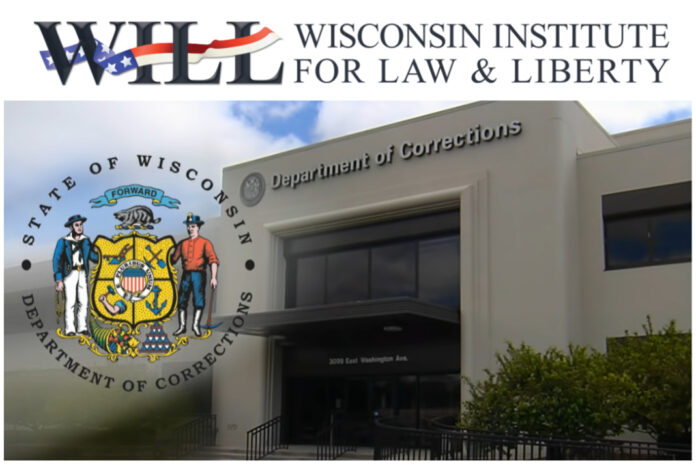 The Wisconsin Institute for Law & Liberty (WILL), filed a lawsuit on behalf of Wisconsin Right Now Monday against the Wisconsin Parole Commission for violating the state’s open records law by refusing to release the names of people who were granted parole in 2022.

Wisconsin Right Now has been running a series of stories about paroles. Those names were released by the Parole Commission in a sheet that only went through the end of December 2021.

The news site, which is run by a veteran journalist and former law enforcement officer, is seeking the 2022 names to educate the public about who was released on parole in Wisconsin.

WILL Deputy Counsel, Lucas Vebber, said, “State agencies are required to comply with the public records law. The Parole Commission’s unreasonable and unexplained delay in providing responsive records is unlawful, and we will pursue every legal angle on behalf of Wisconsin Right Now until the requested records have been turned over.”

The news site’s interest sparked with a series of stories into the looming parole last May of wife killer Douglas Balsewicz, which Evers’ Parole Commission chairman, John Tate, reversed after Evers belatedly expressed concern. Evers then asked Tate to resign, which he did.

“We believe the public has a right to know who is being released on parole and the communities where they reside. The open records laws are meant to empower the citizens and a free press to be watchdogs over the actions of government, especially when they could imperil public safety. We want to know who received parole grants in 2022 to educate the public on this important public safety issue.”, said Wisconsin Right Now Co-Editor Jim Piwowarczyk

In May of this year, Wisconsin Right Now submitted a request for public records to the Wisconsin Parole Commission seeking a list of all inmates who were paroled over several years. The Parole Commission initially responded in June of this year with some of the requested names, but none from calendar year 2022. The commission stated they would provide the 2022 data once they pulled it together, but gave no timeline.

Wisconsin Right Now sent multiple follow-ups to the Parole Commission seeking an update on their request, and never received a response or the remaining records.

As a result, this suit was brought seeking to compel the Parole Commission to comply with its statutory obligations and turn over the records.