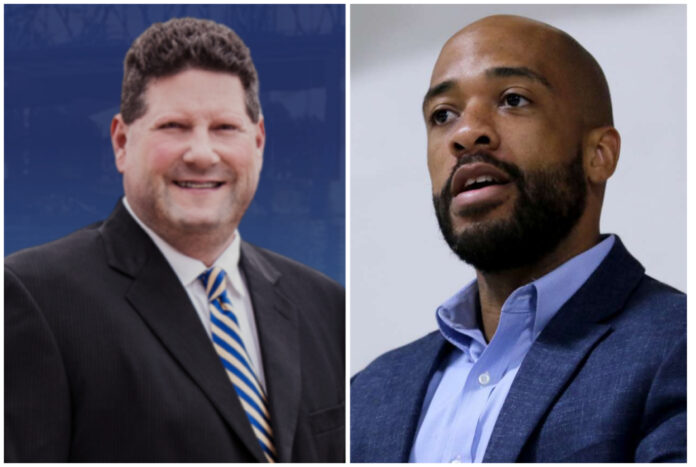 One of Mandela Barnes’s few active duty law enforcement “endorsements” says he never actually endorsed him. Barnes claimed in a news release that La Crosse County Sheriff’s Capt. John Siegel was 1 of 9 officers to endorse him for U.S. Senate.

In an exclusive interview with Wisconsin Right Now, Siegel, who is running as a Democrat for sheriff, said he never endorsed Mandela Barnes and does not plan to endorse anyone for U.S. Senate.

“I do not,” Siegel said. “I have not endorsed anybody. I spent most of my day Friday trying to get a hold of people asking how did this happen.”

Siegel’s name appeared Sept. 15, 2022, on the list of 9 law enforcement officers that Barnes claimed had endorsed him in the U.S. Senate race against Ron Johnson. 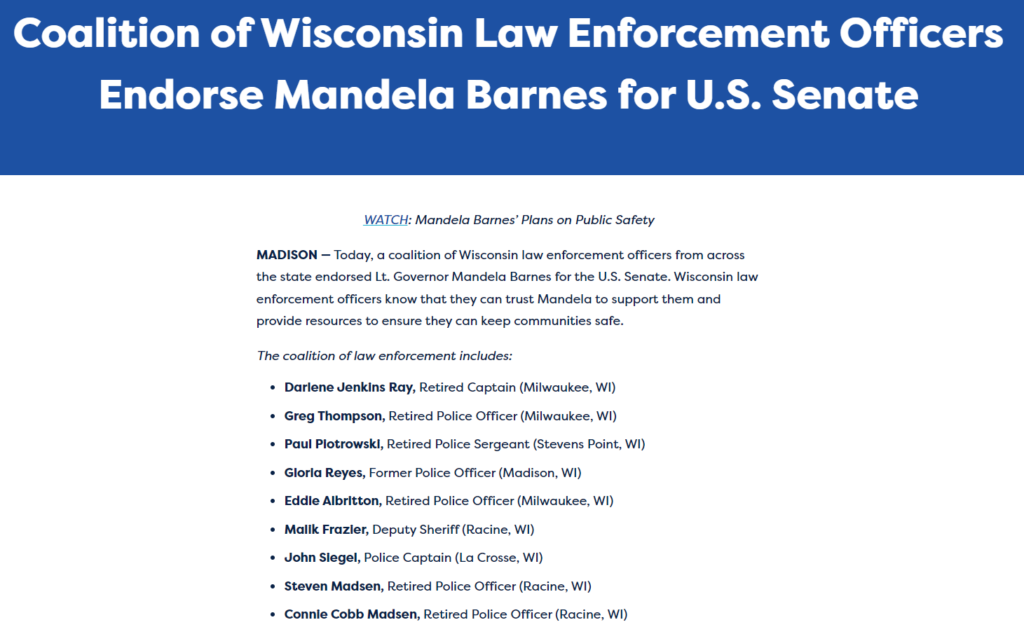 “I am not on the list. I was mistakenly added…” Siegel said. “…I found out on Friday that I was on his endorsement list, and I was not supposed to be on his endorsement list. I talked with one of his staffers and agreed to talk with them when they were in town sometime, which I’ve done with everybody. They said there was a mistake within the clerical part of things. Somehow I got added to the list.”

He said the campaign agreed to remove his name now and put an asterisk next to his name “that shows I didn’t endorse him. That it was mistakenly done. I made them put that on there. I wanted to make sure that somewhere it was denoted that my name shouldn’t have appeared the first time.”

Barnes, under fire for his anti-police record, his incendiary Kenosha rhetoric and the Evers/Barnes’ administration’s Parole Commission appointee’s release of violent killers, had whipped out the press release with the 9 names, writing, “Today, a coalition of Wisconsin law enforcement officers from across the state endorsed Lt. Governor Mandela Barnes for the U.S. Senate. Wisconsin law enforcement officers know that they can trust Mandela to support them and provide resources to ensure they can keep communities safe.”

Siegel’s name was listed in that news release.

Only two of those 9 names, including Siegel’s, were active duty officers. The other seven were retired or former officers. Barnes has now issued an expanded law enforcement endorsement list with a total of 15 names. Siegel’s name no longer shows up. But it still appears on the first press release on sites that picked it up.

There are 13,400 active-duty officers statewide.

The other active-duty officer on Barnes’ initial list is Malik Frazier, Racine County Deputy Sheriff. WRN has reached out to Frazier for comment on his endorsement.

Siegel announced his candidacy for La Crosse County after Sheriff Jeff Wolf announced he will not be seeking re-election in November and plans to retire on Jan. 2, 2023.