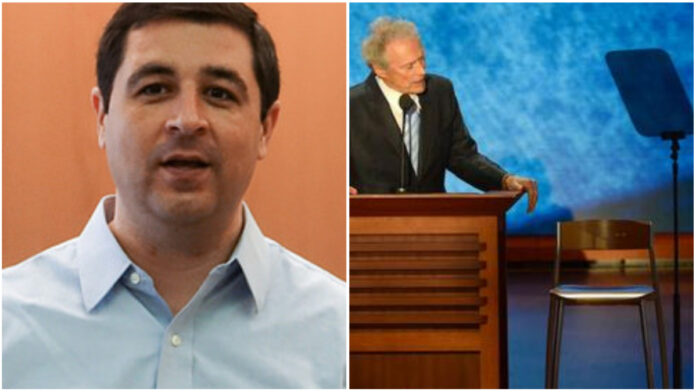 Republican Attorney General candidate Eric Toney called Democratic AG Josh Kaul the “most partisan attorney general we have ever seen,” and slammed Kaul’s complete lack of law enforcement endorsements, mismanagement of the state crime lab, and refusal to follow the rule of law when it doesn’t fit his political agenda.

Toney spoke at the Conservative Political Education Conference in Wausau on Sept. 17, 2022. It was sponsored by Get Involved Wisconsin, Inc.

He slammed Kaul for taking in and testing fewer items at the state crime lab than former Republican AG Brad Schimel and “taking longer to do it.”

Toney described recently sitting in the office of a Democratic sheriff, who told him that in the four years Kaul has been Attorney General, they have met zero times. He walked out of the office with the sheriff’s endorsement.

As fentanyl kills throughout the state and violence skyrockets in Milwaukee, Wisconsin has an “absent attorney general,” Toney said.

Instead, he said, Kaul has politicized his office, refusing to enforce the rule of law when it doesn’t fit his partisan agenda, Toney said.

“What matters is equal justice under the law,” Toney said. “We expect our attorney general and our elected leaders to follow the rule of law and follow the Wisconsin and US Constitutions.”

As a District Attorney, Toney said, he has “a demonstrated record of enforcing the rule of law,” even sometimes being attacked from people in his own Republican Party.

That’s not Kaul’s record, he said.

Kaul “filed a lawsuit trying to challenge the abortion law. It was a frivolous lawsuit and he was wrong on law. he effectively admitted it when he just dropped Republican lawmakers and added district attorneys,” said Toney.

Said Toney: “I will not back down on enforcing rule of law.” Kaul, he said, “enforces the rule of law when it agrees with his partisan political beliefs.”