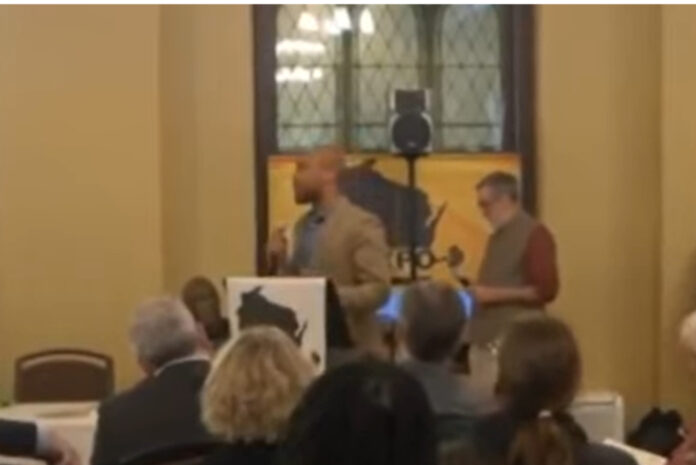 The comments are even more disturbing now that we’ve documented how, starting in 2019, the Tony Evers/Mandela Barnes administration’s Parole Commission let out some of the most brutal murderers and rapists in state history, in some cases without notifying victims’ families.

To those families – whose loved ones were stabbed, strangled, raped, bludgeoned, and shot – reducing the state prison population is anything but “sexy.” The paroles have caused deep trauma.

Barnes, a Democrat who is Evers’ lieutenant governor, is running against U.S. Sen. Ron Johnson. Recently polling shows that Johnson has surged into a lead in the race as voters learn more about Barnes’ extreme positions on crime.

“68 percent of Wisconsin inmates are violent criminals, but that didn’t stop Barnes from preceding over a roughly 15 percent drop in the state’s prison population and a 16 percent increase in early releases during his term as lieutenant governor,” the Republican National Committee wrote.

Barnes has repeatedly advocated for cutting the state’s prison population in half, eliminating cash bail and other progressive criminal justice reforms.

“I’m happy we are all talking about it, now that criminal justice reform and reducing prison populations is now sexy, it’s now a thing that leading candidates are talking about. Because ten years ago people would have run away from this issue,” Barnes said.

As we have reported on extensively, Since 2019, the Evers/Barnes administration has released at least 884 convicted criminals, freeing them early on parole mostly into Wisconsin communities, including more than 270 people convicted of homicide offenses, and more than 44 child rapists.

6 years ago when we kicked off the 11×15 campaign to cut the prison population in half, we could hardly find elected leaders or candidates to get onboard.

As a state legislator in 2016, Mandela Barnes introduced legislation to eliminate “monetary bail as a condition of release for a defendant charged with” a crime.