Johnson Campaign: Barnes Goes From Criticizing Police to Depending on Them 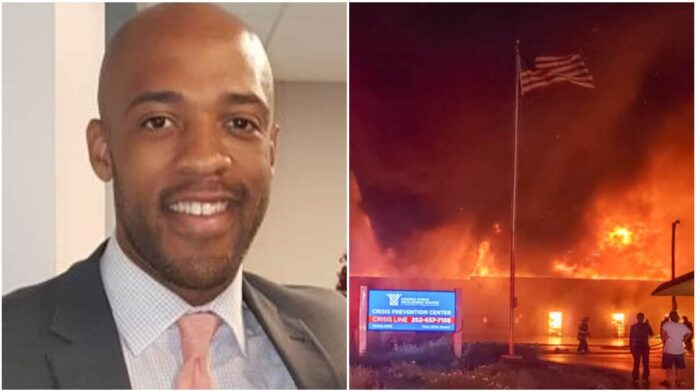 (The Center Square) – Wisconsin’s Republican U.S. senator says his opponent has gone from demonizing police to relying on them 13-and-a-half hours-a-day.

Mandela Barnes, the state’s current lieutenant governor and Democratic candidate for U.S. Senate, is facing questions after another report about his expensive and almost constant security costs.

The Milwaukee Journal Sentinel reported this week that Barnes has racked-up over $600,000 in security costs during his first three years in office. That’s 10-times more expensive than Wisconsin’s last lieutenant governor.

“Lt. Gov. Barnes has spent years vilifying the same law enforcement professionals that he leans on at unprecedented levels,” campaign spokesman Alec Zimmerman told The Center Square. “Liberal leaders like Barnes who have supported the defund the police movement are exactly why cops around Wisconsin are leaving the profession and police departments statewide have struggled to recruit more officers.”

Barnes’ campaign has said for months that he does not support the Defund the Police movement. But many of Barnes’ donors and politicians who support him do.

The Washington Free Beacon reported on Barnes’s donors, and his speech last year for a group that created DefundthePolice.org.

But those aren’t Barnes’ only comments about the police.

He seemingly blamed the police for the Jacob Blake shooting in Kenosha in the summer of 2020.

“This was not an accident,” Barnes said during a news conference the day after the shooting. “This wasn’t bad police work. This felt like some sort of vendetta being taken out on a member of our community. The officer’s deadly actions attempted to take a person’s life in broad daylight.”

Barnes also mocked the police during a September 2020 podcast with a writer from The Atlantic.

“What are police officers actually threatened by? What threatens them in actuality?” Barnes asked. “Is it a person who is walking the street who claims to be some sort of militia member with a long-rifle assault-style weapon? Or is it somebody who is unarmed and Black? Who is more frightening to you?”

Barnes has not answered questions about his security costs, or why he needs long periods of protection on weekdays, weekend, holidays, at church, and at campaign events.

“Barnes used 13,971 man hours of State Patrol Protection when the force was already stretched thin. That’s 8,760 hours in a year. Barnes used the equivalent of about 1.6 years worth of 24-coverage,” Johnson’s campaign added. “The State Patrol has 301 officers. Barnes diverted nearly 14,000 man-hours away from other law enforcement duties.”