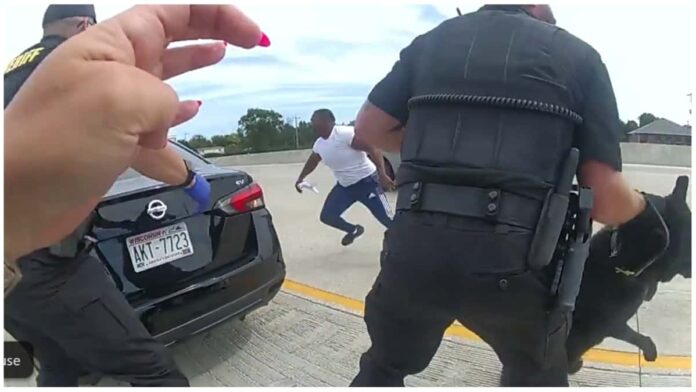 The Racine County Sheriff’s Department has released video showing a felon on extended supervision resisting arrest in a traffic stop.

“In the interest of being transparent, the Sheriff’s Office is releasing a video clip of the beginning of the use of force incident that occurred when, as described below, Hezekiah L. Saffold resisted arrest,” the release noted.

According to online court records, Saffold is on extended supervision for felony armed robbery, cocaine and heroin dealing convictions.

“This video clip is relevant to show how the incident began and how quickly it escalated,” wrote the Racine County Sheriff’s Department. “The Sheriff’s Office is not releasing the entire video at this time because this is an ongoing investigation, and we must preserve the integrity of the investigation.”

They noted: “A word of caution, when a deputy uses force to arrest a suspect or defend against an attack, it can be graphic; there may be strong language; and it may be difficult to watch. Viewer discretion is advised.”

According to the Sheriff’s Department: