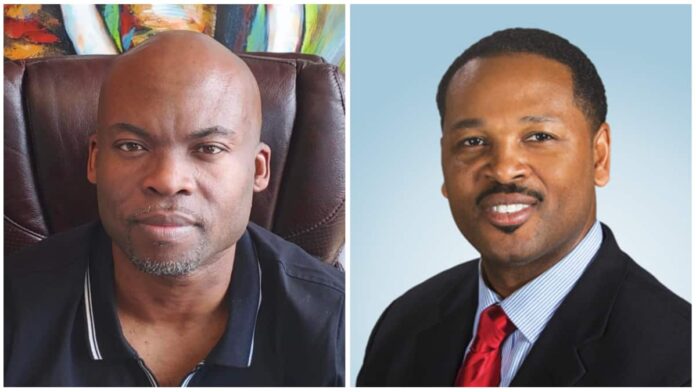 “Fundamentally, something is terribly wrong with this, and I can’t stand for this. The safety of women and children needs to be a priority” – Jermaine Reed.

Family and child advocate Jermaine Reed has resigned from his position as chair of the Milwaukee Commission on Domestic Violence and Sexual Assault to protest Milwaukee Mayor Cavalier Johnson’s decision to appoint an official with a child abuse past to lead the embattled city Office of Violence Prevention, which has received millions of dollars recently thanks to Gov. Tony Evers.

Evers, with Democratic Attorney General Josh Kaul at his side, previously announced that he was funneling $8 million to OVP as homicide skyrockets in Milwaukee, funded through the state’s American Rescue Plan Act funds. The governor touted keeping kids safe in that press release. We wrote Evers and Kaul seeking comment about whether they agree a man with a child abuse history should run the OVP program, but neither responded.

Johnson’s appointee, Ald. Ashanti Hamilton, pleaded no contest to felony child abuse in 2009 after being accused of striking his 6-year-old daughter with a plastic hanger hard enough to leave marks. The charge was dropped after he later stayed out of trouble due to a deferred prosecution agreement, but he entered a no contest plea as part of it. At his sentencing hearing, Hamilton called his actions “not wise” after previously saying he did not think they amounted to abuse.

According to a 2009 article, the criminal complaint said that Hamilton hit his daughter with the hanger at least eight times, “leaving whip marks on her arms and legs,” adding that the girl “was crying and screaming, her leg was bleeding and the hanger was broken by the time the beating ended.”

Reed told Wisconsin Right Now in an interview that his conscience demanded that he resign and speak out against the appointment.

Reed said that he has received a threat since speaking out. But he said it was easy to speak out for children.

“Conscience and morality will ask, ‘Is it right’?” he said. “When I saw that the mayor had appointed Ald. Ashanti Hamilton to be over the OVP…I just thought that was a direct conflict in terms of what the work is trying to accomplish. You have someone admitting to physically abusing a child.”

Reed acknowledged that redemption plays a role, but he said he hasn’t seen a track record of Hamilton working on family violence issues to achieve that.

“Which spaces have you showed up in over the course of the last 14 years, championing causes of reducing family violence, fighting against domestic violence and and child abuse?” he asked of Hamilton. “Where’s the action at?” He said redemption should be substantiated.

We reached out to both Hamilton and Johnson’s office for response.

“(It was) a reality that I had to go through. A learning experience that I had to grow through and I think we bring our life experiences to every position that we take,” Hamilton said in a press conference. “I brought that experience to my representation of the first aldermanic district. I brought that growth to understanding how to help families, and I will bring that to this position. I think that there are many people in our community that thought like I thought in that time period, but I’ve satisfied everything that was necessary of that. My family is successful in growing and I think I can help families grow through that as well.”

Reed noted that domestic violence homicides have been a continuing concern in Milwaukee. He said he is worried that Hamilton’s appointment could “undermine the work we are trying to accomplish.”

He believes the domestic violence commission should call an emergency meeting, saying that Hamilton was “beating a 6-year-old child with a hanger.”

Reed was appointed to the Domestic Violence Commission by former Democratic Mayor Tom Barrett. “I am on the side of children,” he said. “I am not beholden to the mayor, to the Commission. Children have the least voice in our community. They’re vulnerable. My conscience, my morals said, ‘Jermaine, something is not right about this.'”

He said he has received no response from the mayor, commission or Hamilton.

Asked about the wisdom of the governor funneling millions of dollars to OVP, Reed said he did not believe that “giving them a million-dollar budget is an issue. Programs were funded for years and years and look at the outcome.”

Rather, he said that solutions need to begin at the “family level.” He noted that a lot of organizations and people make a profit off of violence, even as they provide services.

“If we really work hard to reform some of these space, we are putting a whole lot people out of jobs,” he said.

But he believes the solutions are “very simple and basic.”

He said that parents “have to show up and be parents,” noting that “fathers matter.”

And he said that the community needs to focus on building a “sense of community and respect for each other.” There used to be more community trust, he said.

He believes that Johnson and Hamilton, whom he called “two strong black men,” did not do enough to support OVP in the past.

“We need to re-prioritize values around protecting women and children. No government program can do that. It’s us on a community level,” said Reed, a former inner city radio host who owns the first independently owned black foster care agency in the history of Wisconsin. “We need to recommit ourselves to making children safe.”

Mayor Johnson’s office did give a statement to Fox 6.  It reads:

“Ashanti Hamilton addressed this issue during the news conference announcing his appointment.

He talked about how he successfully learned and changed following the incident 14 years ago.  He brings valuable insight to violence prevention because he understands, with respect to violence, how we lead change throughout Milwaukee.

His past experience exemplifies the redemptive nature of prevention work. People who have made a mistake, recognized it, and corrected their behavior have become the most creditable messengers of the possibility of change in our community. It is a core principle of the Office of Violence Prevention.

Ashanti Hamilton has fully complied with the requirements of the court.  More importantly, he has a solid relationship with his family.”