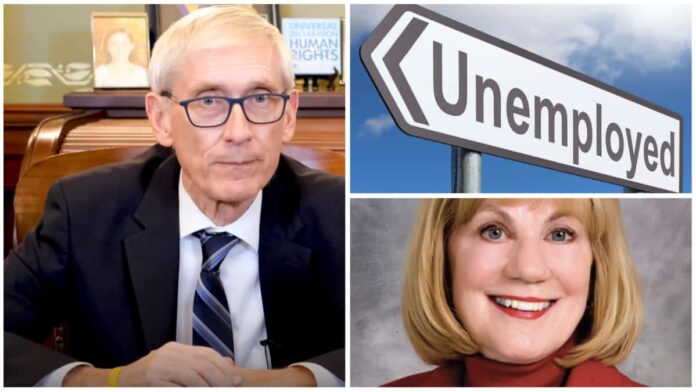 “Once again, a state agency is falling short for the workers of Wisconsin” – Alberta Darling on Tony Evers’ licensing delays

State Sen. Alberta Darling sent a letter Tuesday to the acting head of the Department of Safety and Professional Services (DSPS), Dan Hereth, asking for an update “on the plan to stop the licensing crisis the agency has yet to resolve in our state.”

DSPS is a state agency that is under the leadership of Democratic Gov. Tony Evers, who is engaged in a tough re-election battle with Republican businessman Tim Michels. In July, the agency’s head stepped down as news of delays in getting people’s professional licenses approved hit the news.

The agency licenses everyone from nurses to barbers, and delays in licensing approvals keeps people out of work when they are eager to begin.

“For the last year, constituents looking to keep or fill jobs in an already tight labor market were ignored by the DSPS,” Darling said, “They wait on hold for hours and end up getting dumped to voice mail. Often their checks were cashed months before they received an answer on why their license was still on hold. This is unacceptable.”

According to Darling: “Everyone from plumbers to psychiatrists needs to have their licenses approved by DSPS. Without state-approved licenses, people can’t work. Darling says she hopes the agency’s response will show they are closer to having this crisis under control.”

“I am asking DSPS for their plan to help my constituents and workers throughout the state get the licenses they need to work,” Darling said. “I want the agency to know that their inaction is hurting everyone in our state.”

According to a press release sent out by Darling, “This is not the first time the Evers administration has failed to act efficiently for the people of Wisconsin. The Department of Workforce Development (DWD) left thousands unemployed without the money they owed. Like DSPS, people struggled to get ahold of someone at the agency. The non-partisan Legislative Audit Bureau found that DWD didn’t even answer 93% of the phone calls made by people seeking information about their unemployment payments.”

“In case you missed it, Tony Evers’ state licensing crisis is preventing respiratory therapists – critical health care workers who served at the front lines during COVID-19 – from getting the licenses they need to do their jobs,” the Wisconsin Republican Party wrote in a press release.