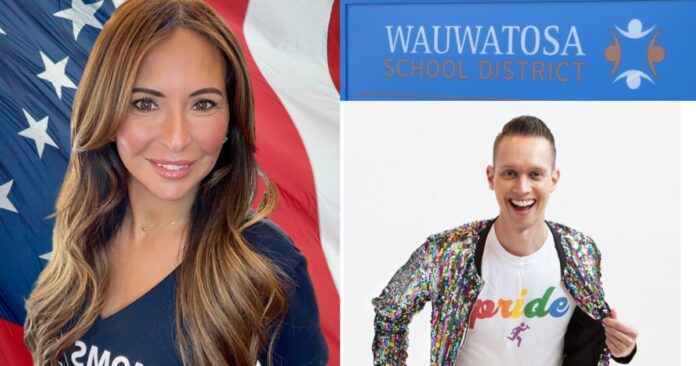 I am writing today with a genuine sense of urgency. What happens in one suburb of Wisconsin matters to all of us. Though I do not reside in Wauwatosa, I am working hard to help stakeholders and parents in the Wauwatosa School District fight back against the newly proposed comprehensive sex education curriculum. I am engaged in the issues facing parents and students who do not reside in my school district because I know firsthand how the education mafia work.

Wauwatosa may be the first district that is woke enough and bold enough to ram through the most ideological and inappropriate curriculum I have seen in any Wisconsin district outside of Madison.

Still, it certainly won’t be the last.

The woke in education are not only unfazed by the dismal polls numbers and impending red wave that is about to sweep the state and the country, the massive rejection of their ideology only emboldens them. As more and more mild-mannered parents and taxpayers find the courage to speak out against the early sexualization of children in Wisconsin, more and more administrators haughtily DOUBLE DOWN on sheer insanity.

Unfortunately for Demond Means and his newly minted crew of devotees, board policy mandated Human Growth and Development materials be made public before adoption. However, that fact may not mean a darn thing if more residents don’t DO SOMETHING to stop this travesty.

On August 8th, 2022, wicked administrators pitched proposed changes as healthy run-of-the-mill human growth and development updates. In truth, this curriculum imposes a form of sexual harassment that begins with children as young as kindergarten and continues through the 12th grade.

With little time to adequately train teachers and no evidence that established boundaries guide educators, long-time district employees may feel frustrated and demoralized, while activist teachers are encouraged. The district could see more educators embrace their role as social justice warriors, as evidenced by the recently hired first-grade teacher Jake Dagget. In numerous Instagram posts, we see Daggett celebrate “pride” by adorning his previous classroom with woke posters, woke children’s books, and a large heaping of pride “flair.”

One recently viral post pertained to teaching young children about pronouns. There are others where he reads “Julian is a Mermaid,” a K5 book about gender identity. Shockingly enough, every overtly sexual book and half-baked woke idea we saw played out in the Loudon County school board meetings is right here in Wauwatosa, WI.

Do we love Big Sister? No. Hell no.

Wisconsin is a local control state, so parents and taxpayers need to rise and start acting like they are in charge of their kid’s education—BECAUSE THEY ARE!

It’s not too late. Sure, the district was brilliant in its obfuscation; they quietly sent out 13,425 surveys about proposed changes over the summer when absolutely no one was paying attention. The kicker is that they only received 183 responses. Translation: the BOE pie charts used to show a consensus of support for woke sex ed in the community are as believable as “the science,” proving that masks stop the transmission of airborne viruses. Community members are still likely to object to third-grade girls AND BOYS learning how to use an Always Radiant Plus maxi-pad to soak up simulated menstrual blood(see attached worksheet).

What can you do if you don’t support teaching Kindergartners that Gender is just a fluid social construct? One way to pause or stop this curriculum from being fast-tracked at the August 22nd Wauwatosa BOE meeting is for more sane community members to fill out this survey( I will provide the link). The last day to do so is THIS WEDNESDAY, AUGUST 17th, so time is of the essence.

You can also call and email Wauwatosa Board members to voice your objection to these newly established guidelines:

In other words, the National Sex Education Standards go far beyond biology and seek to teach kids at young ages material that is clearly not age-appropriate. The focus in our schools should be on giving children the building blocks they need to learn. Our kids should learn how to read, write, add, subtract, and have a basic understanding of science and history. It is not the job of schools to teach graphic sexual content, especially when our kids are not meeting our state’s essential standards of learning.

Please help us in this fight for the psychological and physical safety of Wisconsin children.