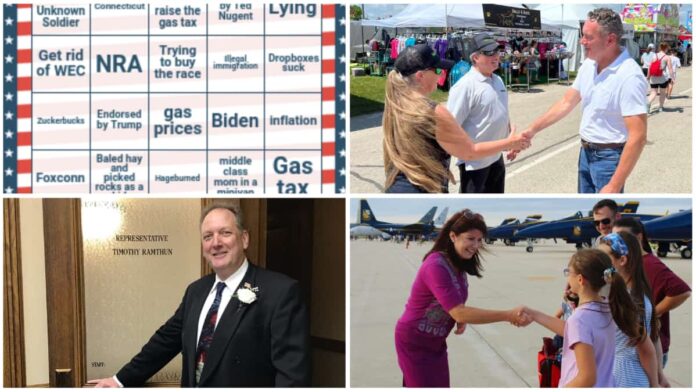 The Wisconsin governor debate is the first chance to see Michels vs. Kleefisch squaring off.

Tim Michels, Rebecca Kleefisch and Timothy Ramthun will meet in a debate in the Wisconsin governor’s race on Sunday, July 24, 2022. It’s the second debate in the race. Kleefisch and Ramthun debated previously on the Regular Joe Show in the Fox Valley, but Michels did not attend, holding a rally instead.

How to watch? The Wisconsin governor debate starts at 6 p.m. You can watch it live on WTMJ-TV Milwaukee and other NBC affiliates throughout the state. Other platforms will live stream the debate, including TMJ4’s website and WisPolitics.com.  (In case you missed it, there was also a debate in the GOP lieutenant governor’s race. You can watch that here.)

For your viewing pleasure and enjoyment, we’ve created two debate Bingo cards containing words and phrases the candidates are likely to use during the Wisconsin governor debate. 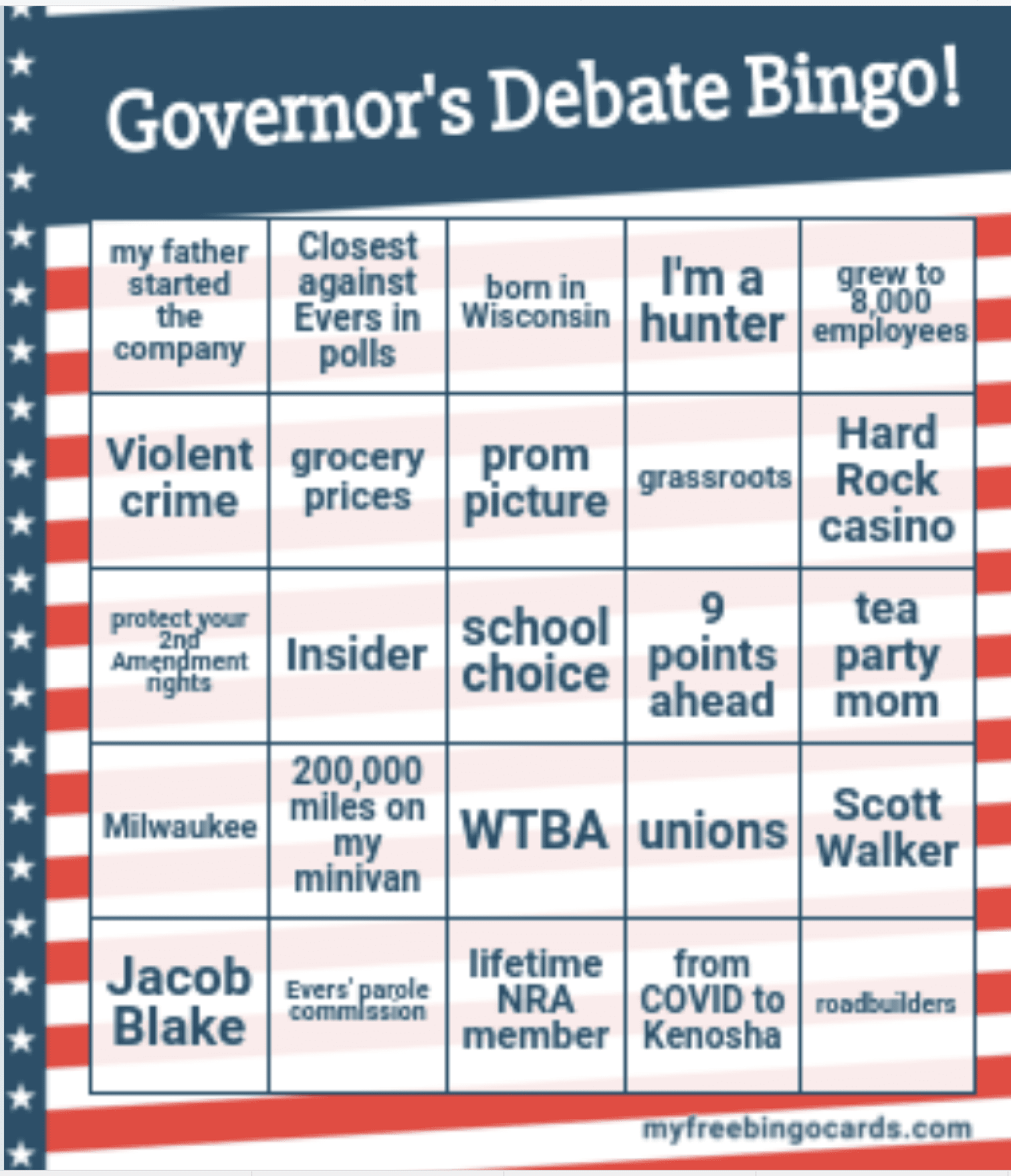