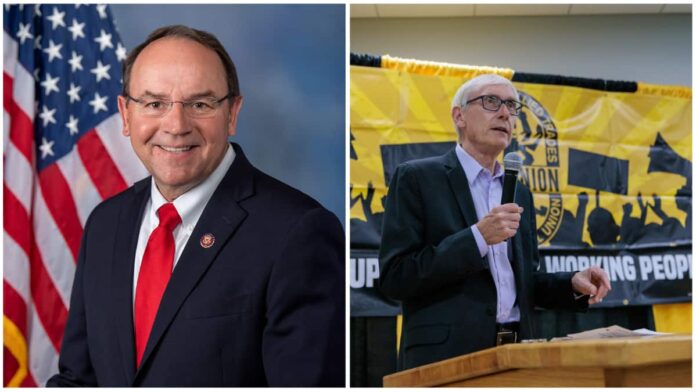 For the first time ever, the Midwest Independent System Operator power grid issued an alert warning to power companies in Wisconsin of possible rolling blackouts this summer, Rep. Tiffany says.

Congressman Tom Tiffany (WI-07) sent a letter to Governor Tony Evers and Public Services Commission of Wisconsin Chair Rebecca Cameron Valcq calling for a moratorium “on the closure of any existing coal-fired power plants in response to warnings about the possibility of rolling blackouts this summer.”

In a news release, Tiffany, a Republican, wrote: “Alliant Energy and WE Energies have already announced that three coal plants previously set to be decommissioned would stay online for at least another two years; however, more must be done to ensure Wisconsinites have reliable energy production.”

“The far left’s forced green fantasy is failing,” said Congressman Tiffany. “Wisconsin families, farmers, and small businesses shouldn’t have to wonder if their lights or air conditioner will come on the next time they flip the switch.”

“It’s time for political leaders to decide, do we want reliable and affordable energy sources that America can produce cleaner than any other nation in the world, or do we want third-world style rolling blackouts to become a common occurrence,” Tiffany concluded.

“For the first time ever, the Midwest Independent System Operator power grid issued an alert warning to power companies in Wisconsin of possible rolling blackouts this summer. In May, the North American Electric Reliability Corporation (NERC) warned that two-thirds of the U.S. could experience blackouts this summer. The West, Texas, and much of the Midwest are at risk of potential blackouts due to extreme weather conditions and capacity shortfalls.

While the U.S. has experienced extreme weather and bad droughts in the past, as a result of the rushed transition to green energy, electrical grids have become more dependent on wind and solar power generation, two energy sources that are as erratic as the weather. In fact, during the latest “conservation appeal” in Texas, wind energy output was forecast to operate at just 8% capacity.

That’s why Congressman Tiffany is urging the Evers administration to enact a general moratorium on the closure of any existing coal-fired power plants to avoid situations like this in the future.

Congressman Tiffany also introduced H.R. 6857, the Future Agriculture Retention and Management Act of 2022, or the FARM Act. This bill would still allow wind and solar arrays to be built; however, it would eliminate the energy tax subsidies that help finance the siting of solar panels and wind turbines on agricultural lands, often permanently taking these lands out of farm production.”