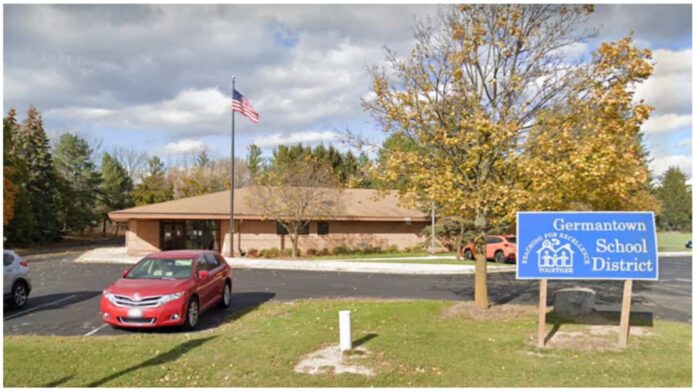 “A sign saying ‘STAFF IS ARMED AND TRAINED TO USE DEADLY FORCE’ sends a message that the school will not be an easy target” – the Germantown School Board.

Citing the failure of gun-free school zone signs to stop violent criminals and protect schools, the Germantown School Board has unanimously voted to request that the State of Wisconsin amend its laws to allow concealed carry in schools if requested by the school district. They also want the state to create laws mandating high bail and “strong sentences for violent offenders,” among other measures.

The Germantown School Board also requested the State of Wisconsin “provide advanced defense and firearm training to all school staff that wish to attend.” The Board wrote that it “values our ongoing relationship with the Germantown Police Department and the Washington County Sheriff’s Department and their continued efforts to keep our buildings safe and secure.”

Wisconsin Right Now received a copy of the resolution, which passed on a 6-0 vote on July 18, 2022,  with a 7th member gone via excused absence. The Germantown School Board’s resolution explains:

“Losing one life at a school shooting is too many and criminals do not follow laws, including gun laws, and the ‘gun free school zone’ signs do nothing but notify a criminal that there will be few, if any, people in the building that can defend themselves, and a sign saying ‘STAFF IS ARMED AND TRAINED TO USE DEADLY FORCE’ sends a message that the school will not be an easy target.”

The board added, “Soft-on-crime District Attorneys and judges around the state set ridiculously low bail and weak sentences, which directly lead to the massacre that occurred at the Waukesha Christmas parade.”

As the nation reels from the Uvalde, Texas, school shooting, the Germantown, Wisconsin School Board’s resolution calls for immediate changes to Wisconsin statutes and funding of K-12 education to increase school safety. Specifically the board also requests that the state of Wisconsin provide mobile weapon-detection systems similar to what is used at professional sporting events, “provide and fund mental health services and tools for students, which may include smartphone apps,” and “create laws that mandate high bail and strong sentences for violent offenders.”

They also want the state to “implement school security aides as allowed per HR218 (that’s the Law Enforcement Officers Safety Act)” and amend Wisconsin concealed carry statutes to “allow a license holder to possess a firearm on school grounds and within school buildings if authorized by the local school district.”

On June 27, 2022, at a Germantown Board of Education meeting, Board of Education Director Robert Soderburg jump started the conversation when he requested more security steps be considered to “ensure our kids and teachers go home safe.”

The board’s resolution stated, “The right to bear arms is defined and protected by the Constitution of the United States and the 2nd Amendment of the Bill of Rights, and the Gun-Free School Zones Act of 1990 allows possession of a firearm on school grounds if authorized by the state.”

They added, “The Wisconsin State Legislature, signed by Governor Scott Walker, enacted 2011 Wisconsin Act. 35 on July 8, 2011, a statute that allows most adults to lawfully carry a concealed firearm in Wisconsin after November 1, 2011, if they obtain a ‘concealed carry’ license.”

The board’s resolution states, “The CDC data found that ‘1 in 5 children had a mental disorder, but only about 20% of those children received care from a mental health provider.'”

The board stated that it believes in “local control.”