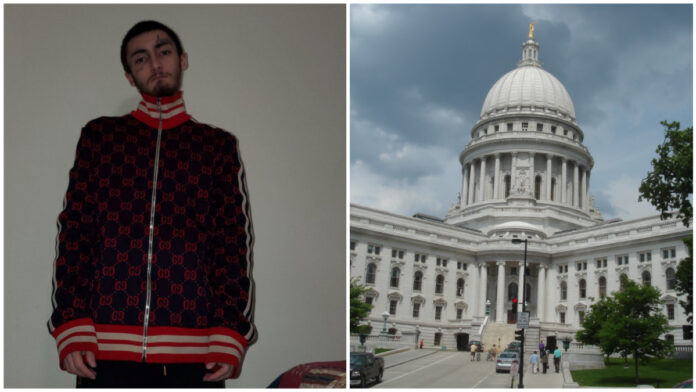 The suspect in the Highland Park mass shooting considered staging a second attack when he saw a Madison, Wisconsin, area celebration while driving around, authorities say.

They say that Robert Crimo left Highland Park, armed with a Kel-Tec sub-2000 weapon that carried 60 more rounds, and headed for Madison and Middleton. The journey occurred in the hours after Crimo opened fire from a rooftop at the Fourth of July parade in Illinois.

Illinois communities responded by cancelling their Fourth of July festivities, but, when Crimo arrived in Wisconsin, he saw a celebration and considered shooting it up, authorities said.

He changed his mind because he hadn’t researched the area. He left his cell phone in Middleton, where it was later recovered by the FBI, and he went back to Illinois, where he was apprehended to stand charges in the murders of seven people and wounding of many more.

Crimo was disguised as a woman to flee the Highland Park scene.

The Madison information came out in a July 6, 2022, news conference in Illinois. You can watch the here.

Chris Covelli, a spokesman for the Lake County Major Crime Task Force, revealed that Crimo drove to Wisconsin and spotted a celebration.

Crimo “seriously contemplated using the firearm he had in his vehicle to commit another shooting in Madison,” said Covelli.

Crimo “saw the celebration,” added Covelli, who did not name it.

Covelli doesn’t think he had planned a Madison attack in advance.

“We don’t have information to suggest he drove to Madison initially to plan another attack,” said Covelli. Instead, Crimo had taken off from Illinois and was randomly driving around. The details about Wisconsin came out in a confession Crimo gave to police.

Crimo decided he “hadn’t put enough thought and research into it,” so he decided not to attack the Madison area celebration, said Covelli, who did not name that event.

The FBI found Crimo’s cell phone in the 6500 block of University Avenue in Middleton, Covelli said.