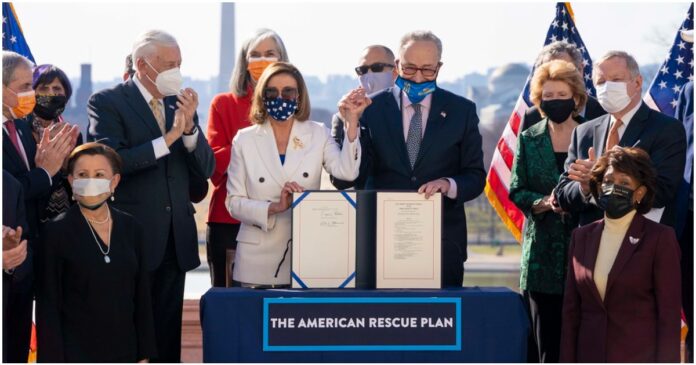 The party of the incumbent president traditionally loses seats in Congress during the midterm elections, as former Presidents Barack Obama and Donald Trump experienced.

That momentum, combined with President Joe Biden’s low approval rating and several other data markers, “predict a greater-than-average loss of seats for the Democratic Party this fall,” according to Gallup.

“Gallup’s latest data, from a May 2-22 survey, finds 41% of Americans approving of the job President Joe Biden is doing, 18% approving of the job Congress is doing, 16% satisfied with the way things are going in the U.S., and a 32-percentage-point deficit in positive (14%) versus negative (46%) ratings of current economic conditions,” Gallup said. “Each of those metrics is at least 10 points lower than the historical average at the time of past midterm elections, and most are on pace to be the worst of such readings.”

The Federal Reserve is expected to raise interest rates this year, which has many economists fearing a recession could be on the horizon. As The Center Square previously reported, Conference Board’s Measure of CEO Confidence released in May found that the majority of CEOs expect the U.S. to enter a recession.

Meanwhile, American consumers are growing increasingly pessimistic about the economy and report inflation as a top concern. That economic pessimism is translating into political dissatisfaction with the Biden administration.

“Biden’s current 41% approval rating puts him in the lower tier of all prior presidents’ job approval ratings taken just before past midterm elections,” Gallup said. “Biden currently has the same approval rating that Donald Trump did at the time of the 2018 elections when the GOP lost 40 House seats, and similar to Ronald Reagan’s 42% in October 1982, before the Republicans lost 26 seats. Only one president, George W. Bush, had a lower rating than Biden does today, and his 38% rating in November 2006 was associated with a 30-seat loss.”

By Casey Harper
Go to Source
Reposted with permission