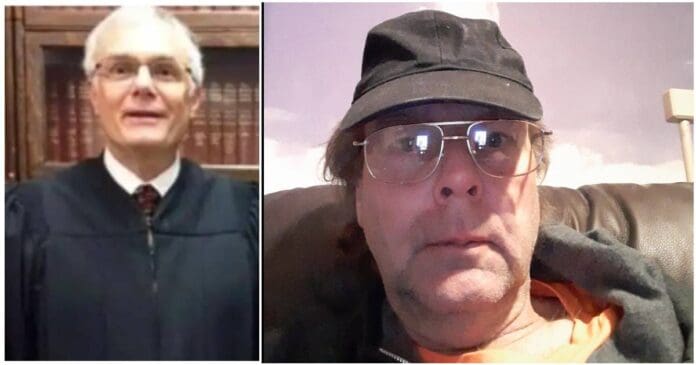 The Wisconsin Department of Justice has identified Douglas Uhde, 56, as the suspect in the killing of retired Judge John Roemer.

The retired Juneau County, Wisconsin judge was shot and killed in a targeted attack in his home located near the city of New Lisbon, friday morning.

Douglas Uhde was found in the basement of the judge’s home and was transported to a hospital in critical condition with a self-inflicted gunshot wound.

According to a Wisconsin Department of Justice (DOJ) Division of Criminal Investigation (DCI) news release,

“Following failed attempts to negotiate with Douglas K. Uhde, age fifty-six, who was in the home, at approximately 10:17 a.m. the Juneau County Special Tactics and Response Team entered the residence and located retired Judge John Roemer, a sixty-eight-year-old male, deceased. Uhde was located in the basement with an apparent self-inflicted gunshot wound. Law enforcement began life-saving measures, and Uhde was transported to a medical facility and remains in critical condition. A firearm was recovered at the scene.”

In a news conference on June 3, 2022, Wisconsin Attorney General Josh Kaul said the incident occurred in the township of New Lisbon. Kaul said the victim was targeted based on court cases but wouldn’t name the victim or suspect and that other targets have been notified.

Kaul said, “The individual who is a suspect appears to have other targets related to the judicial system,” and “At this point we are not aware of any evidence that there is any active danger to other individuals.”

The Juneau County Sheriff’s Office received a call around 6:30 a.m. Friday morning about an armed person in a New Lisbon home where two shots had been fired. The caller had been in the home, but left and contacted police from a nearby home.