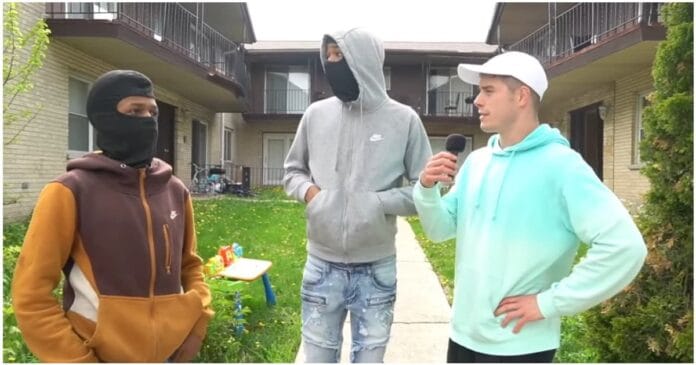 A “Kia Boys documentary” documenting Milwaukee car thieves has been watched by more than 67,000 people on YouTube. It shows the brazen nature of the car thieves, who openly say they don’t fear punishment.

The documentarian, Tommy Gerszewski (Tommy G), asked multiple people whether they knew about the Kia Boys. Most said they had. The documentary contains video footage of reckless driving and interviews with alleged Kia Boys, who spoke brazenly about the criminal behavior, laughing and joking about it. They also demonstrated how to steal a car.

In the video, Gerszewski says the Kia Boys treat stealing cars so casually it’s like ping-pong to them.

The documentary is called “Kia Boys Documentary: A Story of Teenage Car Theft.”

Asked whether there’s any punishment for car theft in Milwaukee, one alleged Kia Boy said, “Hell no.” Gerszewski lives in Milwaukee.

“Milwaukee truly is a wild city,” Gerszewski wrote on Facebook, sharing the video, which is 16 minutes long.

Milwaukee police told Fox6 that they are reviewing the video footage for a possible criminal investigation.

Gerszewski told Fox 6: “I think you could ask that about any tough question you have to do, like the war on Ukraine, abortion, school shooter. When you talk about a school shooter, there’s likely to be another one. That’s just how things work because of being notorious, but at the end of the day, I’d rather talk about something, shed light on it. I gave them the opportunity to show humanity or to respond. I asked them tough questions, and they kind of revealed how they felt about it themselves.”

There were 3,489 car thefts in Milwaukee through June 1, 2022, according to the Milwaukee crime dashboard.