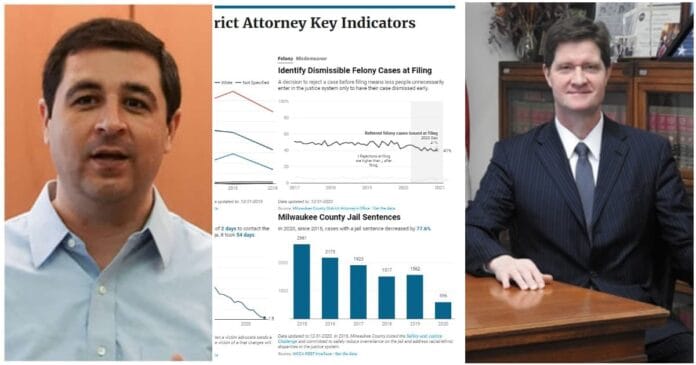 With the violence in the Deer District, it’s even more important that the public learn WHO John Chisholm is refusing to prosecute. But Chisholm and Attorney General Josh Kaul are blocking the public from learning this information.

Attorney General Josh Kaul, whose office is supposed to be the top enforcer of open records laws in Wisconsin, has sat on an open records complaint Wisconsin Right Now filed against Milwaukee County District Attorney John Chisholm for more than a year.

What this means: Kaul and Chisholm are blocking the public from learning the names of people Chisholm won’t prosecute as crime explodes. Kaul is refusing to honor his statutory obligation as the top enforcer of open records violations in the state. The public’s ability to scrutinize the actions of government is critically important to a functioning Democracy. Yet Chisholm wants to keep his decisions secret, and Kaul is helping him do so.

The attorney general’s website promises that it will champion open government, but when it comes to Chisholm, Kaul is refusing to protect the public’s right to know.

“In June of 2015, the attorney general established the Office of Open Government to ensure that the Department of Justice preserves the proud tradition of open government in Wisconsin. Wisconsin’s open government laws promote democracy by ensuring that all state, regional and local governments conduct their business with transparency,” the website states (Kaul became AG in 2019).

“Wisconsin citizens have a right to know how their government is spending their tax dollars and exercising the powers granted by the people. These pages are a resource for the public to understand and exercise their right to access their government.”

But Kaul apparently doesn’t think YOU have a right to know which accused criminals Chisholm doesn’t want to prosecute.

In 2021, at a time when almost no one was talking about the issue, WRN began scrutinizing Chisholm’s sky-high non-prosecution rate. We discovered that he wasn’t prosecuting some 60% of felony cases, using his own data. After our story, Chisholm’s office stopped putting updating non-prosecution data online. That made us wonder: WHO is Chisholm refusing to prosecute? 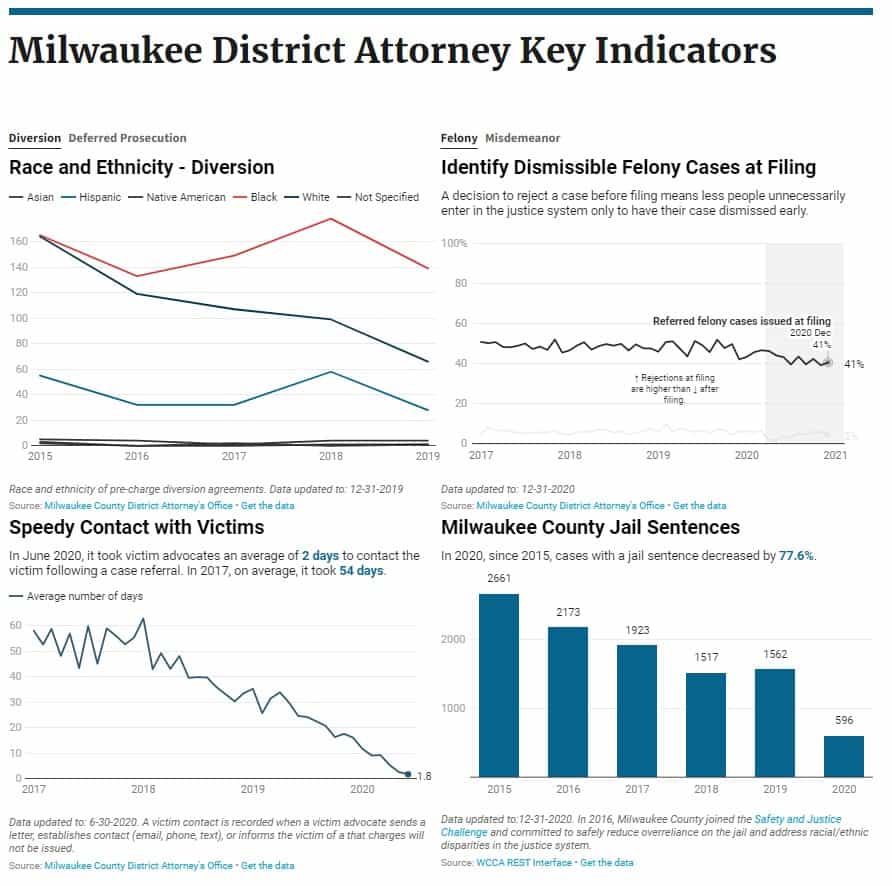 We wanted to do a thorough review of the kinds of cases Chisholm was not prosecuting, but Chisholm and Kaul’s office are blocking the public from learning this information, Chisholm through a highly questionable open records denial and Kaul by sitting on our open records complaint about Chisholm’s denial for more than a year, neglecting his statutory authority as an enforcer of open records violations.

In short, Kaul is refusing to do his job.

We contacted Ferguson for an update on our complaint on November 23, 2021. We wrote, Dear Mr. Ferguson, Can you tell me the status of the open records complaint we filed against DA John Chisholm in April 2021?”

“Thank you for checking on the status of your April 20, 2021 correspondence. DOJ receives a high volume of open government-related correspondence and inquiries, to which our office tries to respond in the order in which they are received.

We are in the process of reviewing your correspondence and will respond accordingly.”

However, DOJ has a website where the agency posts responses to public records requests it receives. Nothing is posted from Jan. 5 – May 5, 2022.

But we heard nothing more, and almost six months have passed since that email and more than a year since our open records complaint was filed with the AG.

On May 17, 2022, we wrote Ferguson, “This delay is unacceptable. What is the status of our open records complaint?”

Specifically, WRN sought “sign-in” sheets that the district attorney’s office has routinely provided without redaction to the news media for years. Historically, until the pandemic, those clipboards sat openly at the front desk of major units in the DA’s office. They included the name of every person police were bringing over for charges and whether the DA’s office was “no processing” the case or charging it. We asked for two weeks of those sheets in order to scrutinize which cases the DA is refusing to charge. Because the DA’s office says it stopped using the sheets when COVID-19 hit, we asked for the sheets from January 13-27, 2020, for the homicide, violent and general crimes units.

In a letter, Deputy DA Bruce Landgraf admitted that “historically, these physical sheets were made available for review by – if not by the public– by print and broadcast reporters.” However, he then said that his office would redact the names of people not charged from the records anyway before giving them to Wisconsin Right Now. He further said that it would take the Milwaukee County District Attorney’s Office NINETY DAYS to redact two weeks of records for three units. He said the office would not charge WRN for those redaction costs. But we oppose the redactions, which goes against historical precedent in the DA’s office.

It should be noted that the sheets were likely already released to the media at the time, because they commonly sat on clipboards at the front desk of the DA’s office for journalists to review. It’s just Wisconsin Right Now that is blocked from seeing them. Landgraf’s only rationale for the redactions? “…as part of a public records request, our office has never released PII (personal identifying information) of individuals whose cases were not charged.” However, this is false. As Wisconsin Right Now contributor Jessica McBride wrote the Attorney General’s Office in the open records complaint, she routinely was given access to the sheets as a Milwaukee Journal Sentinel reporter, and the office never redacted people’s names on them then. Furthermore, DA Chisholm has publicly released the names before of people the office reviewed for charges but opted not to charge – most recently, Wauwatosa Police Officer Joseph Mensah.

Landgraf’s letter cited no legal authority for redacting the information. Names of people arrested but not charged are routinely released to the news media in Wisconsin police reports. Wisconsin police agencies frequently release the names of suspects they are seeking or people who are under arrest and being referred for charges on their social media accounts and in press releases.

The Milwaukee County Jail inmate database lists, on a daily basis, the names of people arrested by police, some of whom never get charged. Landgraf did cite a law exempting some prosecution records from disclosure, but then said he wasn’t going to follow it and would release the sheets anyway because the office historically has released the sheets. However, he then said he was redacting the sheets, without citing legal reasoning for that part.

We think this is a violation of the public’s right to know and a blatant attempt by Chisholm to keep secret which cases his office is refusing to charge despite police agencies thinking the cases warranted prosecution. So we filed the open records complaint with the AG, which is one of the enforcers of open records violations in Wisconsin.