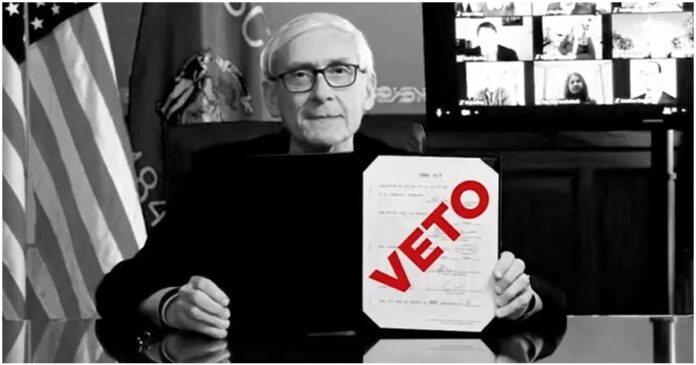 Gov. Tony Evers’ veto of a parents’ bill of rights is slammed in a major new ad buy from an affiliate of the Republican Governors Association. The ad starts this week.

Evers “stood against a parent’s right to have a say in their children’s education,” the ad says, adding that he opposed allowing parents “to be informed of crimes on school grounds.”

According to the Republican Governors Association, the ad buy “is high 5 figures (nearly 6 figures) across TV broadcast & cable and digital for this first week – digital is across Facebook, Instagram, and P2P texting.” The ad was created by Get Families Back to Work, an RGA group.

Evers’ veto was one of multiple that took power away from parents over their children’s education; for example, Evers also vetoed a bill to expand school choice to all parents.

“Parents have rights, elections have consequences, and Governor Tony Evers will come to learn that on November 8th,” said RGA Spokeswoman Maddie Anderson. “While it’s not surprising that Evers vetoed a bill he called radical before even seeing the text, it’s disappointing he would refuse to take the time to listen to parents’ concerns before nixing the bill. Evers continues to put the interests of the teachers’ unions that fund his campaign ahead of parents and their children’s education.”