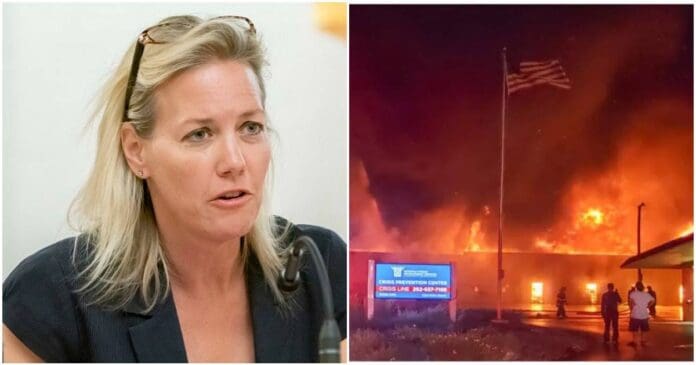 Wisconsin’s Republican Party said Republicans flipped the county board in Kenosha as well.

It’s being seen as one of the biggest upsets in Wisconsin and possibly a bellwether for the rest of the state.

Voters in Kenosha County on Tuesday elected their first-ever Republican County chairman in the first local election since the 2020 riots that burned parts of the city of Kenosha to the ground.

Wisconsin’s Republican Party said Republicans flipped the county board in Kenosha as well.

“Like all Wisconsinites, residents of Kenosha are fed up with the failed policies of Tony Evers, Leftists and the political class in general,” Republican candidate for governor Kevin Nicholson told The Center Square Wednesday. “I applaud every single parent and citizen who stepped up to run for local office. It’s time to get our society back on track – and last night showed that we will be successful in November as we charge forward to win the hearts and minds of Wisconsinites.”

Kenosha is a swing county in Wisconsin. It went for every Democratic presidential candidate from Jimmy Carter through Barack Obama, but the county broke for Donald Trump in 2016 and 2020. Trump won Kenosha County by just 255 votes in 2016, and he won by nearly 3,000 votes in 2020.

Kenosha, of course, jumped onto the national radar in August of 2020 when crowds of rioters burned parts of the city down following the police shooting of Jacob Blake. The violence in Kenosha only stopped after Kyle Rittenhouse shot and killed two men and wounded a third.

Prosecutors cleared the officer involved in Blake’s shooting. A jury last year found Rittenhouse not guilty on all charges for the shootings during the city’s last night of violence.