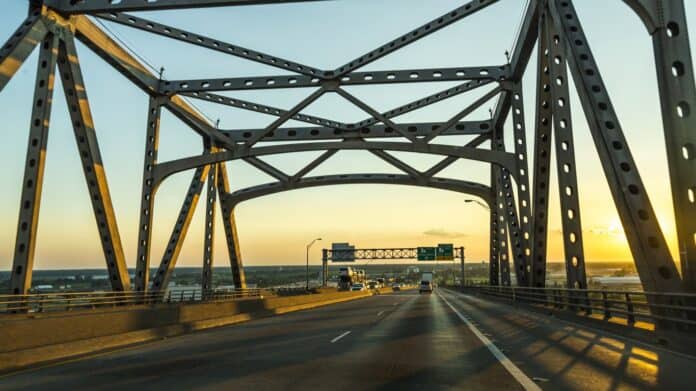 Decades of neglect and lack of investment have left over 46,000 bridges in the United States in a state of disrepair. To address this, President Joe Biden signed into law in November 2021 the Infrastructure Investment and Jobs Act, which allocates $550 billion to rebuilding key infrastructure. Still, necessary repairs may take years, and each day, Americans make 178 million trips across bridges deemed to be structurally deficient.

A structurally deficient bridge is defined by the Federal Highway Administration as one in which any component – the deck, superstructure, substructure, or culverts – is in poor or worse condition.

Of the bridges in poor or worse condition in the state, the bridge on I-35 West over Cliff Rd. in Dakota County – built in 1959 – carries the largest number of commuters and travelers, with an estimated 92,000 daily crossings on average.

It is important to note that structurally deficient bridges do not necessarily pose imminent risk to those crossing. They do, however, require significant investment to avoid becoming hazardous or to avoid restrictions on the weight or speed of vehicles crossing.