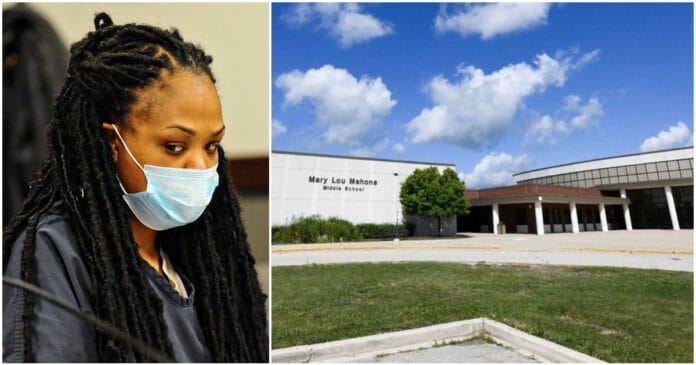 According to the criminal complaint, Amber Arnold told the victim, “You will care when I shoot you.”The defendant opened her driver-side door and pulled out a small silver handgun, pointed it at the victim and called him a “Cracker,” the complaint says.

A Kenosha woman is facing multiple charges after she is accused of pointing a handgun at another parent while they were waiting at a Kenosha middle school parking lot, while calling him a racial slur.

They were apparently waiting for their children to get out of school.

According to the criminal complaint, Amber Arnold told the victim, “You will care when I shoot you.” The defendant opened her driver-side door and pulled out a small silver handgun, pointed it at the victim and called him a “Cracker,” the complaint said.

However, she is not charged with a hate crime penalty enhancer.

Arnold is charged with possession of a firearm on school grounds, with pointing a firearm at another, and with disorderly conduct, use of a dangerous weapon, and resisting an officer.

The victim stated he was sitting in his vehicle in the student pickup line at Mahone Middle School when a white Mercedes SUV almost hit him and parked in the crosswalk in front of him.

He said he told Arnold she could not park there and almost hit his vehicle.

She said she “would only be a minute and that it was not a big deal.”

He repeated that she almost hit him and told her to move her car.

The man says Arnold responded by saying, “you will care when I shoot you,” and pulled out a silver handgun and pointed it at him.

She raised the gun to her chest and called him a “Cracker.”

She then drove off, but the man took a picture of her license plates.

Another woman witnessed the incident. This woman reported that Amber Arnold told the victim to mind his own business and that she would “shoot his a**.”

The principal told police that Amber Arnold had returned to school to provide her daughter a uniform for sports tryouts.

Video surveillance footage was obtained and showed the defendant in a “shooter style stance” pointing an object with her right hand at the male in the minivan.

When confronted by police, Amber Arnold claimed “it was a toy,” that the man “threatened me” and claimed he said, “you black n****, I’ll lynch you and your daughter.” She said she had a concealed carry permit.

When told she was under arrest, she is accused of attempting to close the door on the officers. Authorities found a 9mm Taurus pistol in the white Mercedes SUV in the garage.

She later claimed she had a nerf gun.

According to Kenosha County Eye, Commissioner Loren Keating called the allegations “disturbing” and admonished the alleged behavior due to the fact that there were families and children were present.

Arnold Faces a maximum of just over 6.5 years in Prison. She paid the $3,000 bond and was released.

She is due back in court on March 29 for a preliminary hearing. 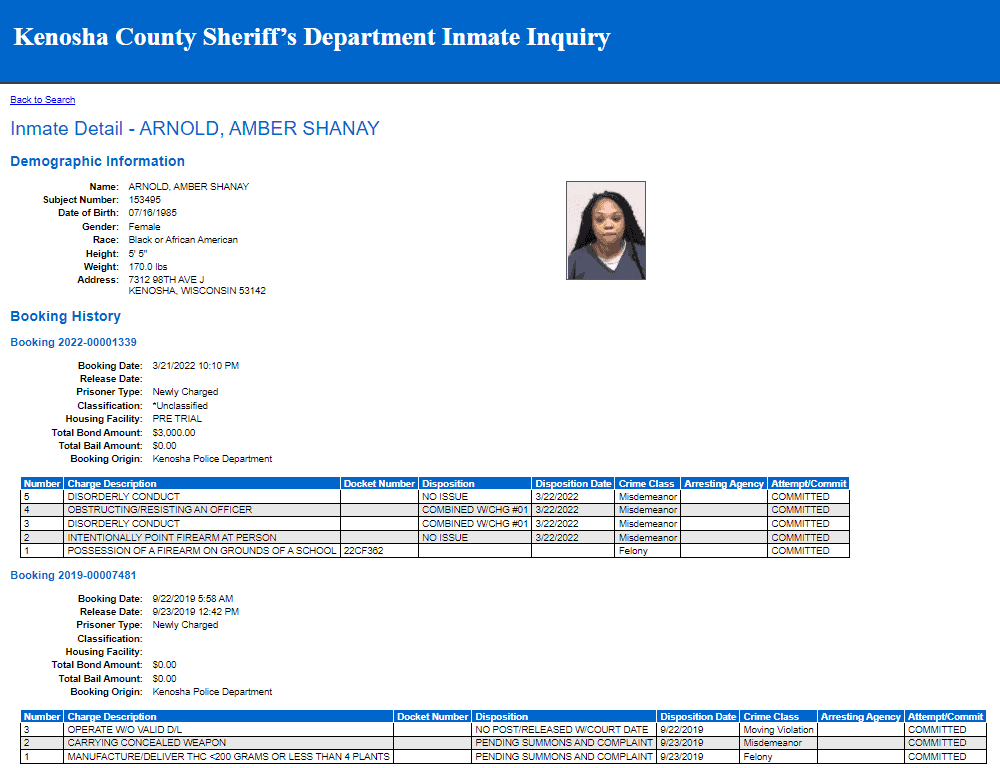