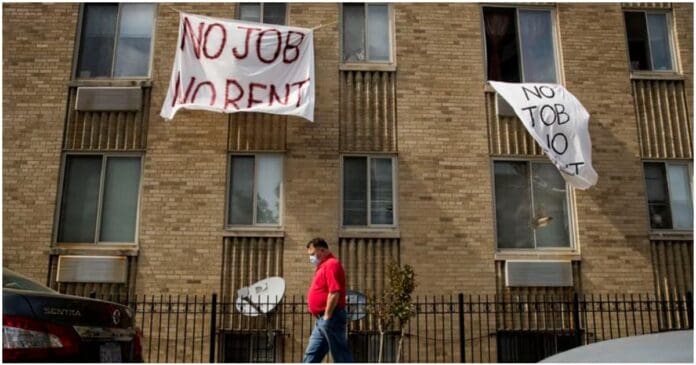 Wisconsin is home to some 172,740 renters who owe back rent, and an estimated 61.5% of them reported being either somewhat likely or very likely to face eviction in the coming months – the fifth largest share among states.

The economic fallout that resulted from the COVID-19 pandemic put millions of Americans out of work. Without a steady source of income, many were unable to pay for basic necessities, like shelter. To address the issue, the U.S. Department of the Treasury enacted the Emergency Rental Assistance Program, which allocated up to $46.5 billion to help Americans struggling to afford housing and utilities.

Due in part to bureaucratic delays at state and local levels, however, less than 40% of that money had been spent as of the end of January 2022 – and in much of the country, a large share of the population is behind on rent and facing possible eviction.

Wisconsin is home to some 172,740 renters who owe back rent to their landlords, and an estimated 61.5% of them reported being either somewhat likely or very likely to face eviction in the coming months – the fifth largest share among states.

According to data collected between Jan. 26, 2022 to Feb. 7, 2022 by the U.S. Census Bureau’s Household Pulse Survey, about 4.4 million Americans agreed that they were either “somewhat likely” or “very likely” to have to leave their home within the next two months due to eviction. That amounts to 43.4% of the 10.1 million renters nationwide who are behind on rent payments.

Many of those at risk of losing their home are not confident that they can afford to make future rent payments. Some are also burdened with multiple months of debt from back rent. A reported 64,680 renters in the state – or 37.4% of all renters with some rental debt – are three months behind or more on their rent. For context, 26.2% of renters nationwide who owe back rent are three months behind or more.