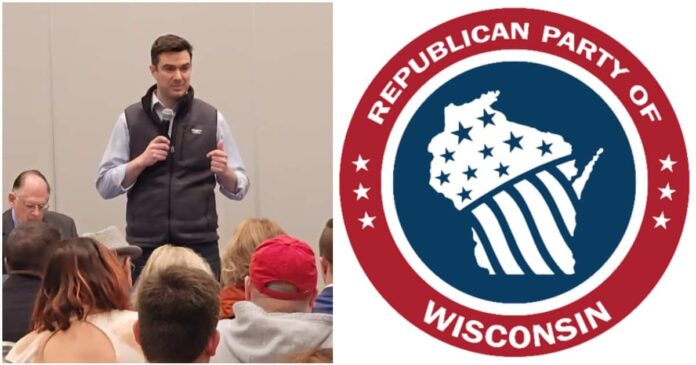 Grassroots conservatives across the state of Wisconsin are fired up. They’re frustrated and fed up with the way Governor Tony Evers has failed our state.

That enthusiasm is evident in the Republican primary race for lieutenant governor. I’m one of nine candidates, most of whom have spent months campaigning across the state, introducing themselves to voters, hearing their concerns and asking for support.

Nine candidates is a lot. But it’s a good sign for the Republican Party and the conservative movement. More candidates bring more volunteers and supporters off the sidelines and into the process, building momentum with people who see their vision of the future reflected in the field.

That is, if their candidate gets a chance to be on the stage at all.

Unfortunately, when Republicans gather in the Madison area (of all places) later this spring for our convention, delegates won’t get to hear from everyone running for lieutenant governor. Several candidates will be left off the stage and off the endorsement ballot – locked out because of arbitrary benchmarks set by higher-ups at the state party. That is fundamentally wrong.

Under rules enacted by the state party, lieutenant governor candidates need to have raised $50,000 total from at least 300 different donors by March 15 to be eligible for endorsement at the convention in May.

There are several problems with this, not least of which is the fact that earning those levels of support becomes a lot more difficult in a nine-way primary where many possible donors may reasonably choose to sit back and see what happens. But most glaringly, the Madison politicians in the race were allowed to roll over their state senate campaign accounts to meet those minimum requirements.

To be clear: this isn’t sour grapes. After five months, 40 counties and 20,000-plus miles of campaigning, I earned the support I needed, and then some. My concern is not about myself, but about the broader message being sent by these rules that favor political insiders. That’s why in late February I did something unique – I donated a dollar to each of my opponents. I wasn’t about to load up their bank accounts, but I wanted to help each of them get closer to the number of donors they needed. Grassroots activists deserve to hear from them.

And that’s the central issue: if the Republican Party of Wisconsin is going to be the grassroots party it says it aspires to be, it needs to walk the walk. Party leadership can’t ask volunteers to show up to candidate events, march in parades and get out and be boots on the ground for local candidates, only to then turn around and disregard their preferences.

Unless party leadership reconsiders this tone deaf decision, it is guaranteed there will be activists from across the state who spend time and money to travel to Middleton for a weekend, only to find out that someone they like won’t even get a chance to speak.

What message does that send? And more importantly, how does turning off the very people you need to help elect everyone from village trustees to U.S. senators and a governor advance the party’s mission of “electing conservatives at every level”?

There is still time to remedy this. The Republican Party of Wisconsin Executive Committee should revisit their rules and deem all the filed lieutenant governor candidates viable. I’ve seen each candidate campaign in person. They are all people who are concerned enough about the direction of our state to devote significant personal time, energy and money to this worthy cause. Are some of these candidates more likely than others to win? Sure. But former lieutenant governor Rebecca Kleefisch likes to remind people that she received two percent of the vote at the state convention during her first run. Surprises happen.

As a party, we are stronger when we have a full and robust debate of ideas, and our state is stronger when Republicans put forward strong candidates. With everything on the line in this election, we need inclusive leadership that truly embraces the grassroots, not top-down directives that favor a few.

Ben Voelkel is a Wisconsin Lieutenant Governor candidate and a longtime senior aide to Senator Ron Johnson. More information about Ben and his campaign can be found at benforwisconsin.com. Follow @BenforWI on Facebook and Twitter.