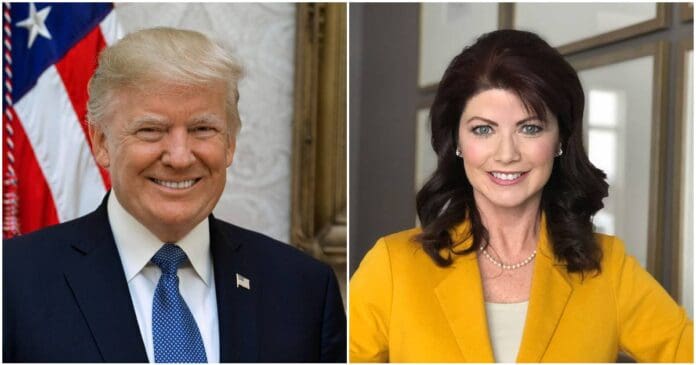 On Friday, March 11, 2022, Wisconsin Right Now heard about the Kleefisch-Trump meeting from two well-placed sources. Our sources are not close to the Kleefisch campaign. The Kleefisch campaign could not be reached for comment. Word had already spread that Kleefisch was in Florida for a fundraiser before the sources told us that she met personally with Trump. Kleefisch’s social media has been silent on the matter.

Earlier in the year, Trump dropped a grenade into the middle of the Wisconsin governor’s race, when he openly urged former Congressman Sean Duffy to run for governor against Democrat Tony Evers. That was perceived in some corners as a sign that he wasn’t sold on Kleefisch. However, Duffy then announced that he would not be running.

When he was president, Trump appointed Kleefisch to the Women’s Suffrage Centennial Commission. In 2020, she participated in a Women for Trump bus tour. However, in 2016, Kleefisch stepped down from being a delegate at the Republican National Convention to appear in Beloit at a Chamber of Commerce meeting. Some insiders had said that raised concerns with Trump.

The other candidates for governor are former U.S. Marine Kevin Nicholson and state Rep. Timothy Ramthun. Both have been running Trump-style anti-establishment campaigns, and a Trump endorsement of Kleefisch, were it to come, would be a huge blow for either one of them. Nicholson is backed by Illinois billionaire Dick Uihlein, who is one of the nation’s most powerful conservative donors, and Ramthun is running a campaign focused on pushing decertification of the 2020 presidential election.

Trump, if he runs in 2024, which many believe he will, has a stake in the outcome of the governor’s race because a strong pro-Trump Republican in the Wisconsin governor’s mansion could help him win the battleground state.