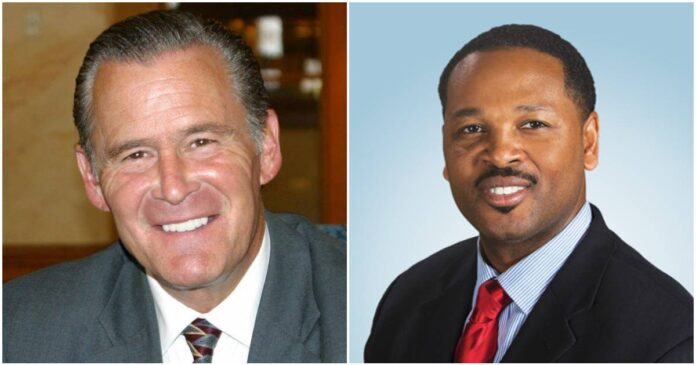 The Ashanti Hamilton Bob Donovan endorsement was predictably downplayed or ignored by the liberal media. But it underscored a trend we noticed before: There is real anger in the black community toward Acting Mayor Cavalier Johnson that the media won’t report on.

Alderman Ashanti Hamilton, the former Milwaukee Common Council president, endorsed former Ald. Bob Donovan for Milwaukee mayor, urging people to “fight for him like he’s been fighting for us.”

“The future of the city of Milwaukee is at stake,” Hamilton said this week. “I think we have the type of leader in Bob Donovan who can get us to the places we want to be.”

Donovan is running against acting mayor Cavalier Johnson in the April 5 Special Mayoral Milwaukee election. Hamilton said Johnson didn’t support “some of the major initiatives that were built around these solid foundations that Bob is fighting for” on the city’s north side. He cited quality schools and safe streets. The other prong of Donovan’s core agenda is bringing more jobs to Milwaukee.

Johnson later ran against Hamilton for Council president, defeating him. However, Hamilton’s support for Donovan highlights a trend: there is anger and dissent against Johnson in the black community of Milwaukee that the media aren’t very interested in reporting on. We previously reported on a north side mayoral forum in which Johnson was confronted angrily by the leader of the Black Panthers, by a black crime victim who said he ignored her concerns when her house was shot up in his aldermanic district, and by a black pastor angry about tax and take. These things didn’t make the other media.

The media downplayed Hamilton’s endorsement of Donovan, calling it “some political aggravation,” and “pretty personal,” (Milwaukee Journal Sentinel), relegating it to four paragraphs without quotes (CBS 58), or, in more cases, not covering it at all.

In his endorsement of Donovan, Hamilton said:

“Let me tell you this: If you are in a foxhole and you’re taking shots, and it’s time to make some things happen – and you want to fight for things you care about, there’s no better person you want in a foxhole with you than Fighting Bob Donovan.”

Donovan said in a news release, “Hamilton went on to comment on the racial context this race has garnered in some quarters.”

Donovan noted that, “Years ago on the Common Council we raised some eyebrows when a south sider voted for this guy (Hamilton) for president of the Common Council. I worked well with Ashanti. He is a guy who cares deeply about the city of Milwaukee, and he recognizes that we need to unite this community. Many things divide us, but we need someone in the mayor’s office who is willing to sit down and talk and listen and unite Milwaukee.”

Hamilton condemned people playing “racial politics when it comes to trying to identify who’s best for a job. I served with the guy.”

Hamilton said that the issues needed to push the city forward are “non-partisan, non-racial issues.”

Hamilton called it an “uphill battle” because “entities out there, interests and stakeholders prefer a different future for the city of Milwaukee. We would prefer an experienced person driving this bus, someone who is proven to work across racial lines, who has worked across political lines. He’s (Donovan’s) done this work. He knows what the job is.”

He implored people to “work as hard as you can” for Donovan.